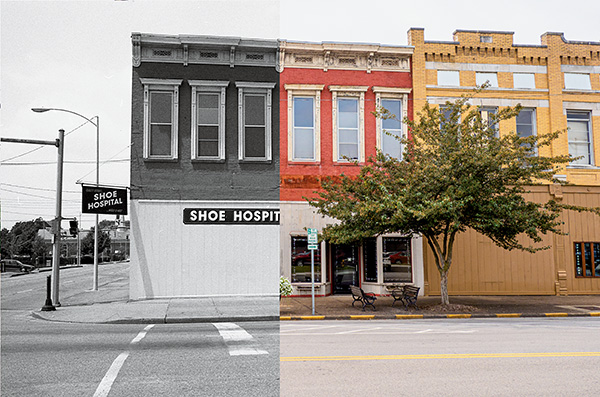 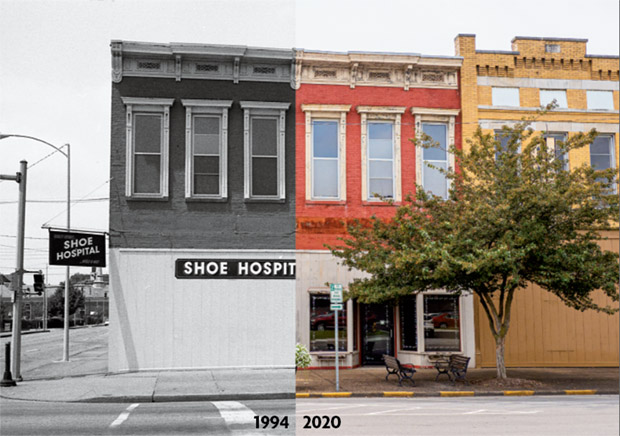 The grant provided 80 percent of costs for up to $2,500 while the Downtown Evansville Community Development Corporation covered the remaining 20 percent of an engineering study completed on the Atlantic Building. Determined structurally sound by engineers, the building’s facade could be preserved even if the interior and rear were reconstructed.

Built in 1869 and listed in the Evansville Downtown Historic District and Historic Resources of Downtown Evansville, the Atlantic Building is on the only remaining intact late-19th century commercial block in Evansville. 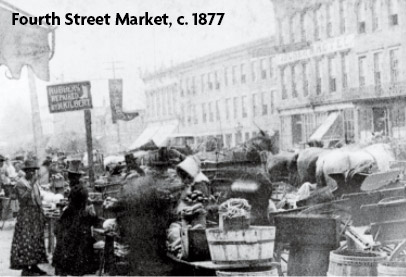