History on the Move 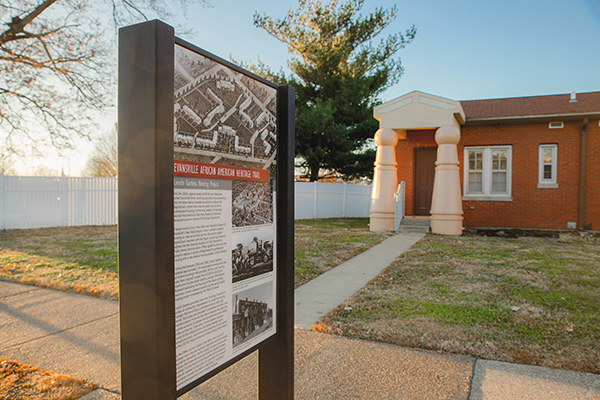 While many parts of Evansville’s history are no longer visible, the new Evansville African American Heritage Trail is preserving prominent African-American landmarks and places in Baptisttown through a neighborhood walking tour.

“These markers speak to their existence so they will never be lost and preserved for future generations,” says Ashley Jordan, executive director of the Evansville African American Museum.

The trail, a partnership between the Evansville African American Museum and the city, includes 12 stops on a loop that begins and ends at the museum at 579 S. Garvin St. Spots include Lincoln Gardens, Liberty Baptist Church, and Lincoln School, completed in 1928 to consolidate the African-American student population from Governor Street, Clark, and Oakdale schools. The Baptisttown tour is the first phase of an ongoing project that allows the museum experience to go beyond its walls and out into the community. 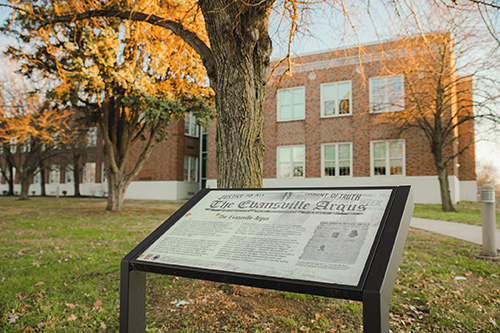 “This trail has sparked new interest and attention for the achievement of African-American history within Evansville,” says Jordan. “Places and people that have gone overlooked and forgotten now have a platform. This recognition will now be forever etched into the fabric that is Evansville history.”