Holding on to History

The Illiana Barn Sale in Princeton, Indiana, appears to be a simple flea market, but the antiques inside represent the lifelong passion of Rodney Marvell.

“I’ve been collecting since I was 8 years old,” says Marvell, a Fort Branch, Indiana, native. “It’s one of those things that once it gets in you, it keeps building.”

The Princeton resident’s knack for collecting antique items became his full-time job in 2002. After making a name for himself at flea markets in Nashville and St. Louis, Marvell’s barn sale found huge success. Open from March to November, the barn sale has given Marvell the opportunity to focus on his personal collections. 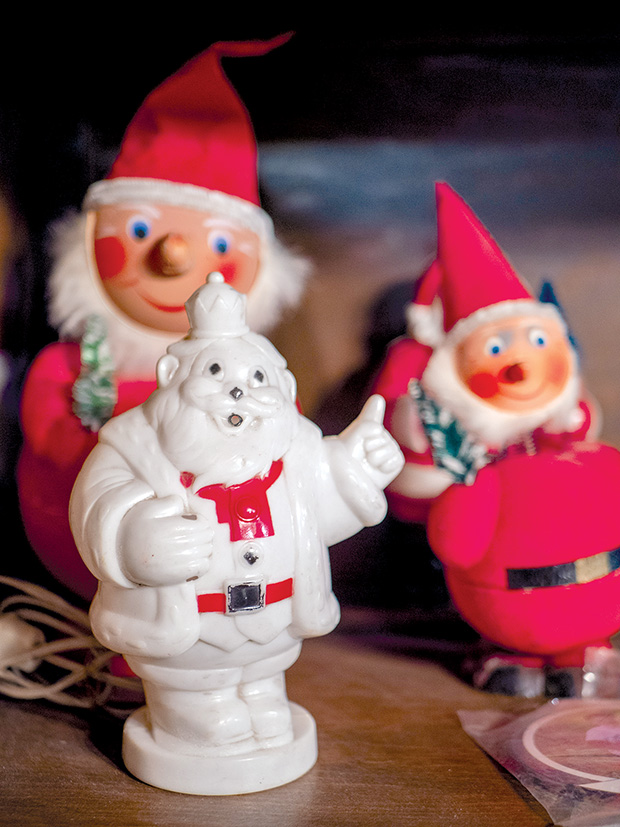 “A lot of people think items must be high dollar, but it doesn’t have to cost a lot to be collected,” Marvell says.

Besides displaying family items, including his late mother’s Christmas collectibles and a Mason’s Root Beer clock from his grandmother, Marvell currently has more than 100 thermometers, hundreds of fans, vintage signs, items with the name “Marvel,” hanging scales, and about 300 rulers that are now covering one exterior wall.

With 45 years under his belt, Marvell doesn’t see himself giving up his business or hobby anytime soon.

“I like this old stuff, it’s important for me to be surrounded by it,” says Marvell.