When Jeremy Evans joined Dream Center Evansville five years ago, the only things that came to mind about the Jacobsville neighborhood were Bosse Field and Turoni’s Pizzery and Brewery.

“We have a very high crime rate, very high poverty rate, and very high rental rate in the neighborhood of Jacobsville,” says Evans, the Dream Center executive director. “Stuff happens in this neighborhood that if it happened in other neighborhoods, people would be ready to go to war.”

The Dream Center was founded in 1998 by Gary Jossa to serve youth in Jacobsville. Last year, the Dream Center began a new program called the Jacobsville Kids Zone, which provides services, resources, and support to families and children within an 18-block area of Jacobsville. The Christian organization uses a kids-centric approach to prepare kids for college, careers, and life through the program, which serves about 15 elementary-age kids from Jacobsville each week and has developed deep relationships with almost 20 families.

In its first year, the Jacobsville Kids Zone has provided around 200 hours of one-on-one tutoring and placed two “peacemakers” in Delaware Elementary School who spend 600 to 700 hours each school year with the kids during the school day and in the program.

John Benton, director of the Jacobsville Kids Zone, says at the beginning of the year half of his kids were below grade level in reading and math. Now at the close of the year, every child is passing all classes. The goal one day, he says, is to expand their zone to cover all 200 blocks of Jacobsville.

“I want to have five kids from every single block go to and through college,” says Benton. “I don’t think Evansville will ever be the same if there are 1,000 kids from the same neighborhood who go to college.” 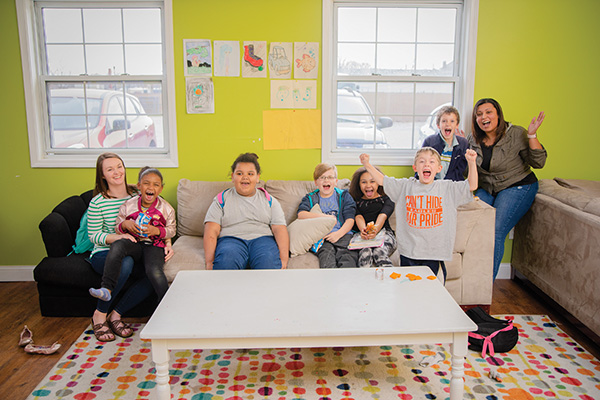