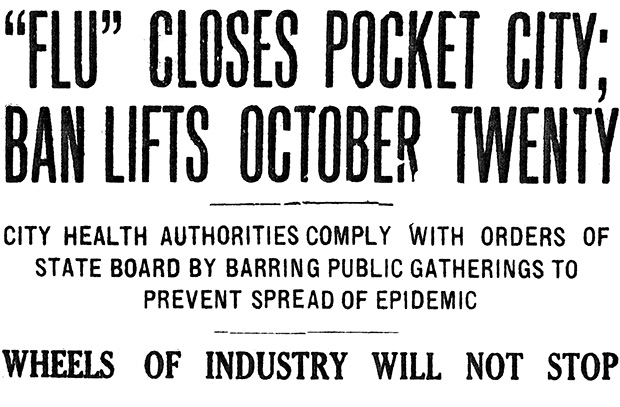 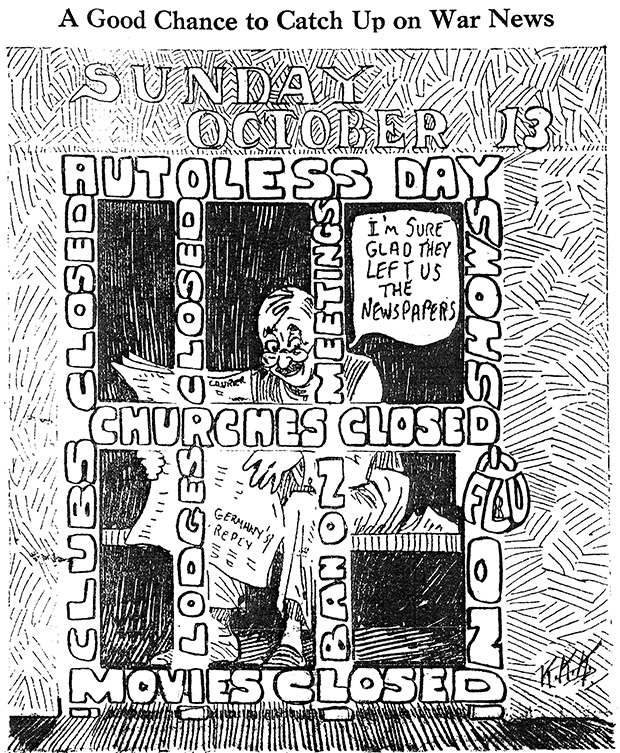 As Evansville copes with COVID-19, taking a look back more than 100 years ago, we can see the effects of the last pandemic on the city. Evansville had come out of the first wave of the 1918 epidemic relatively untouched with only a few servicemen affected. On Oct. 1, 1918, African American Robert Bridgeford was buried at Oak Hill Cemetery, the first recorded influenza fatality in Evansville.

The second wave hit Evansville with a vengeance near the end of September, when many local doctors and nurses were still away on military service. The flu arrived in the midst of the parades and demonstrations for the Fourth Liberty Loan. Without the antibiotics, respiratory, and intensive care unit equipment of a modern hospital, the flu ran rampant. Although Evansville closed down on Oct. 12, more than 57 people died of influenza or pneumonia during the week ending Oct. 26. The death rate would not drop back to single digits until just before Christmas, rising again during a third wave in 1919. During this time, 300 to 400 daily cases of flu and pneumonia were quarantined in their homes.

On April 14, 1919, 17-year-old Elsie Sims became the last victim of the influenza epidemic in Vanderburgh County. Based on vital statistics taken from the Evansville newspapers, more than 139 people died of influenza over six and a half months. Additionally, 240 more died of pneumonia largely connected to the flu. In all, more than 400 people had died in Vanderburgh County with only half the population of present day.

Nationally 675,000 would die in a country with only a third of today’s population. According to the Center for Disease Control, it is estimated that at least 50 million people died worldwide from the 1918 influenza epidemic, making it by far the worst pandemic in history.