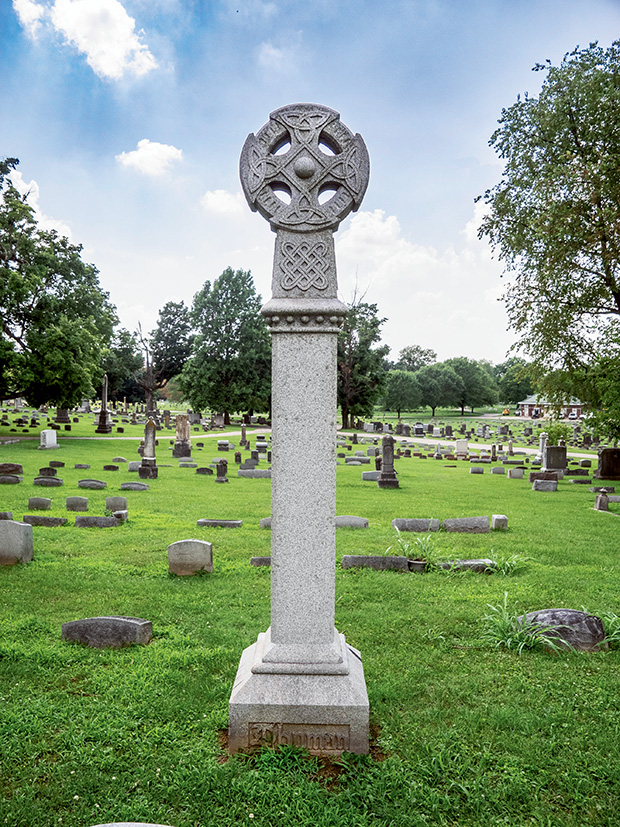 Oak Hill Cemetery draws many visitors simply for its beauty. Toward the back of the cemetery, in section 40, a grave marker stands out with its square pillar topped with a Celtic-like cross. The monument is carved with the name “Thuman” and watches over nine burials of the family.

John Thuman immigrated to the U.S. with his brother Charles in 1839 from Baden, Germany, then moved to the Evansville area in 1851 where their parents had settled. The two would go on to be part owners of Mechanics’ Foundry, which manufactured steam engines, mills, distillery and mining machinery, iron and brass castings, and much more. John’s second wife, Philippina, purchased the lot in Oak Hill in 1891 after John’s death. 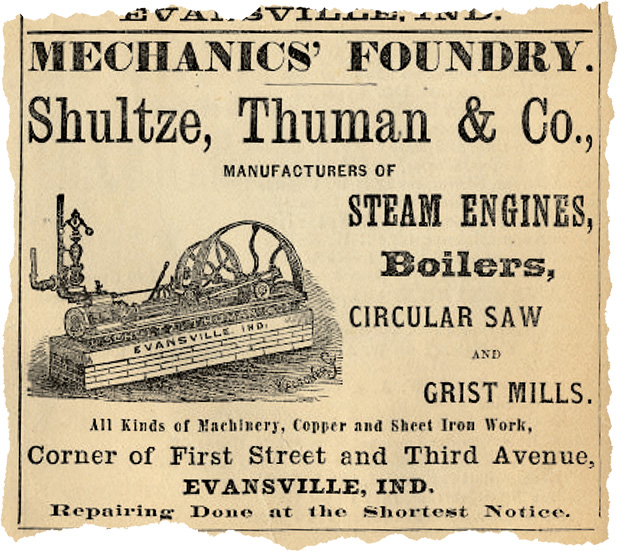 It’s not clear in the cemetery records why the family chose the cross at the top, but versions of Celtic crosses became popular grave markers after the Celtic Revival in the 1850s. The Thuman monument also features various Celtic knots on the arms of the cross and each face of the pillar.