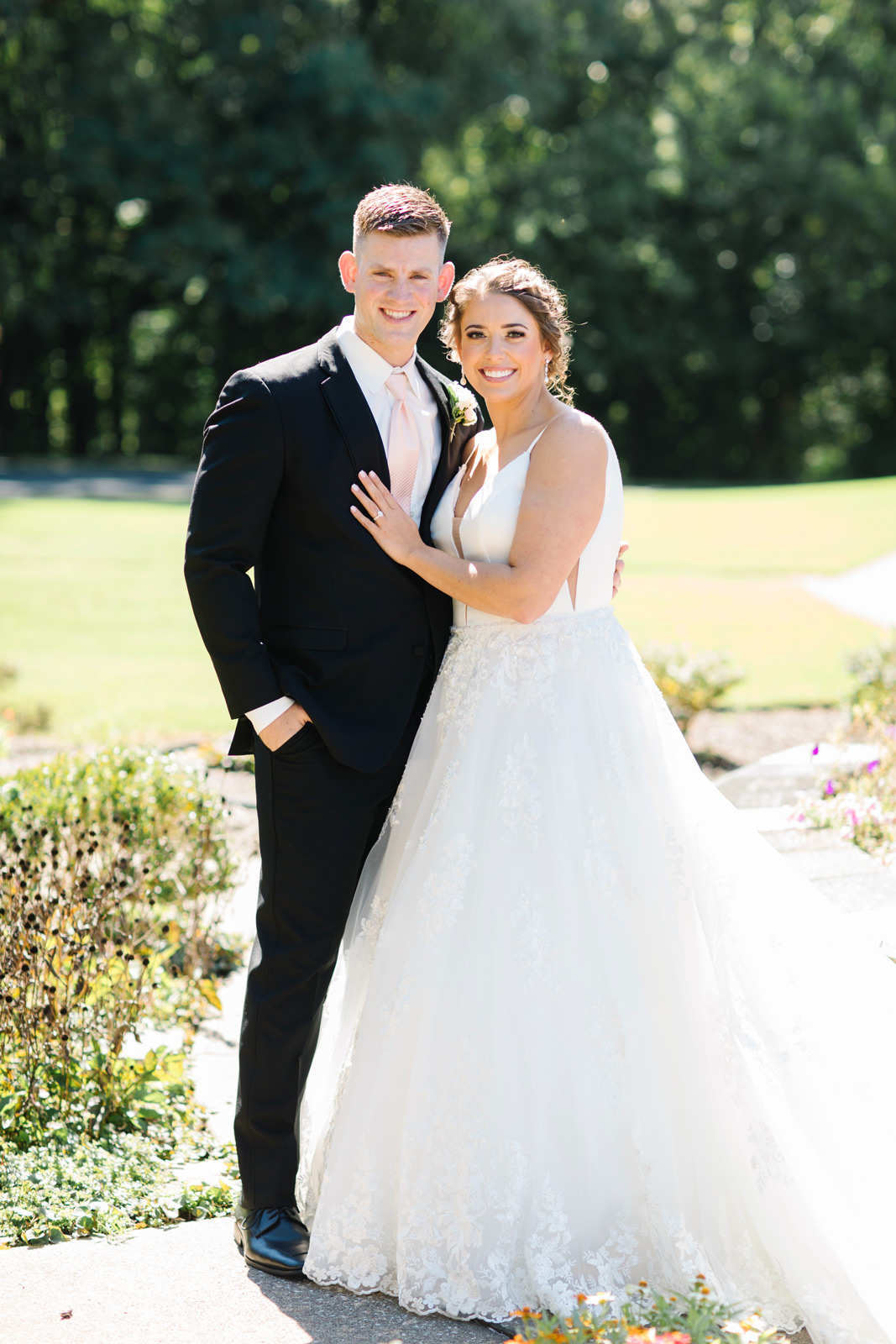 Sticking with a classic theme for their September 2021 wedding, Sarah and Gavin Gruszewski were able to stave off plenty of obstacles, including a pandemic and a large fundraiser held nearby on the same night as their reception, to produce the wedding of their dreams.

The couple met through a dating app and quickly discovered many mutual friends from their time at the University of Southern Indiana. They became engaged in summer of 2019.

After tying the knot at St. John the Baptist Catholic Church in Newburgh, Indiana, the wedding party made a quick stop for cocktails at The Landing before hopping back on a party bus to the reception held inside the newly built Friedman Park Events Center.

“(My favorite part was) watching all of our friends and family coming together to celebrate, especially after the year everyone has been through with the pandemic,” Sarah says. “It was great to see everyone together again.”

The reception included seven cakes in different flavors baked by Sarah’s cousin Elaine, anchored by the couple’s funfetti cake featuring their Chihuahua, Lily. Sarah created a light-up “Mr. and Mrs.” sign with her father for the fireplace at the reception, which featured a live band from Louisville, Kentucky, called The Crashers.

“Having the live band was different. Lots of weddings we’ve been to have had DJs,” says Sarah. “They were a really good time.”

For their guestbook, the couple went outside the norm and added their own touch by having guests sign a cornhole board instead.

“My dad ended up making it from scratch and then stained it, so instead of signing a guestbook, everybody got to sign the board with a paint pen,” she says. “When we were on our honeymoon, my dad did a final stain on it so that it would seal everything in.”