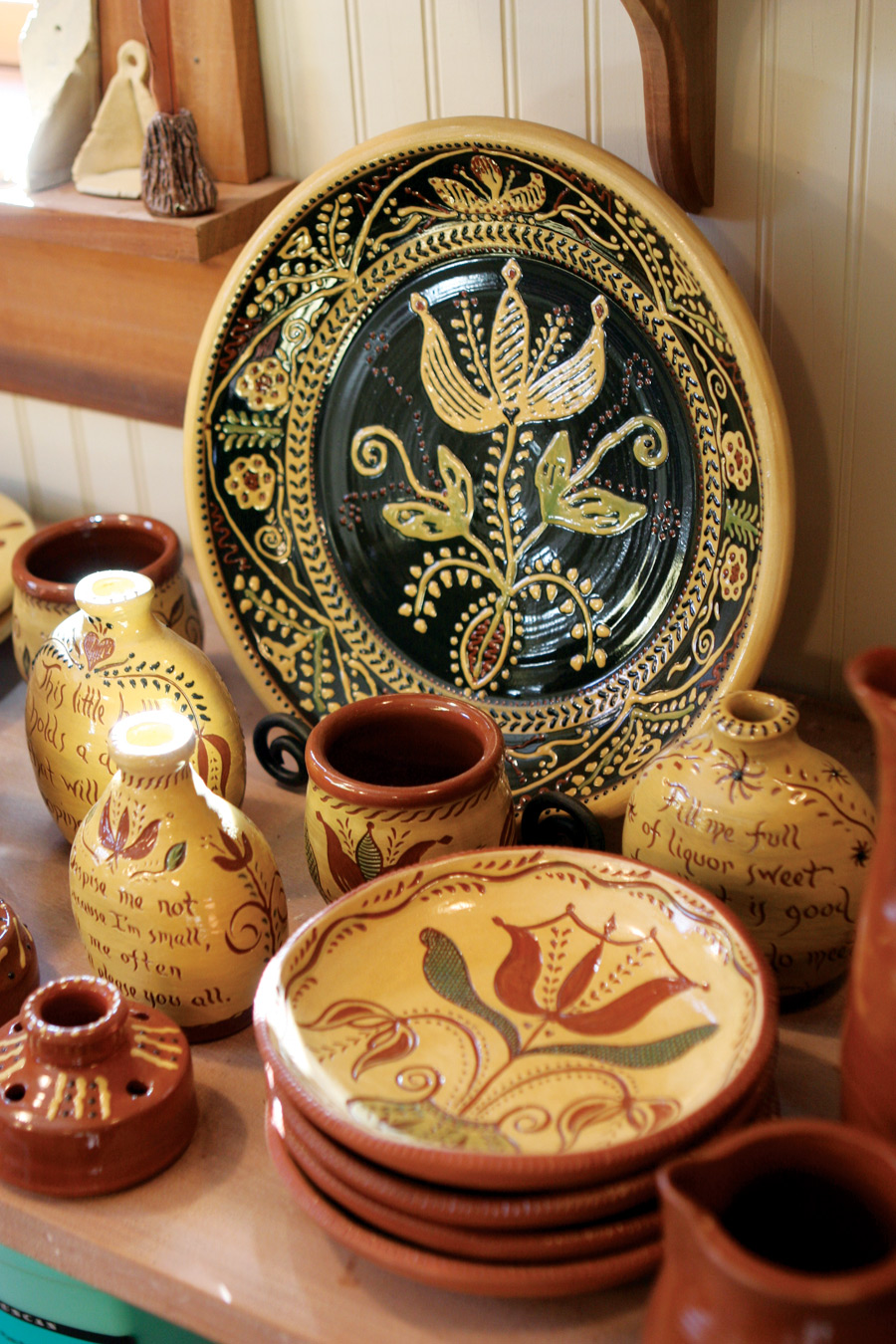 When Tom Wintczak first sat down at a potter’s wheel, “it just kind of stirred something in me,” the Posey County resident once told Evansville Living. That moment eventually would propel Wintczak, the former manager of a car rental facility, into a fulltime career as a potter. He specializes in redware, an intricate style dating back to colonial America, and his work recently earned him the title of Indiana Artisan.

The event lets attendees buy artwork and food directly from the people who produce it. As visitors browse the booths, they’ll hear Indiana music and literary readings. The marketplace is modeled after Kentucky Crafted: The Market, a Louisville event in its 29th year that attracts approximately 8,000 shoppers and wholesaler buyers.

Indiana Artisan program manager Eric Freeman says the statewide initiative recognizes “careful attention to detail, knowledge of a craft, and an entrepreneurial spirit.” For Wintczak, it also recognizes passion and diligence. “These things, good or bad, are always going to be out there,” he says. “That’s a motivating force now to make good-quality things that are beautiful.”