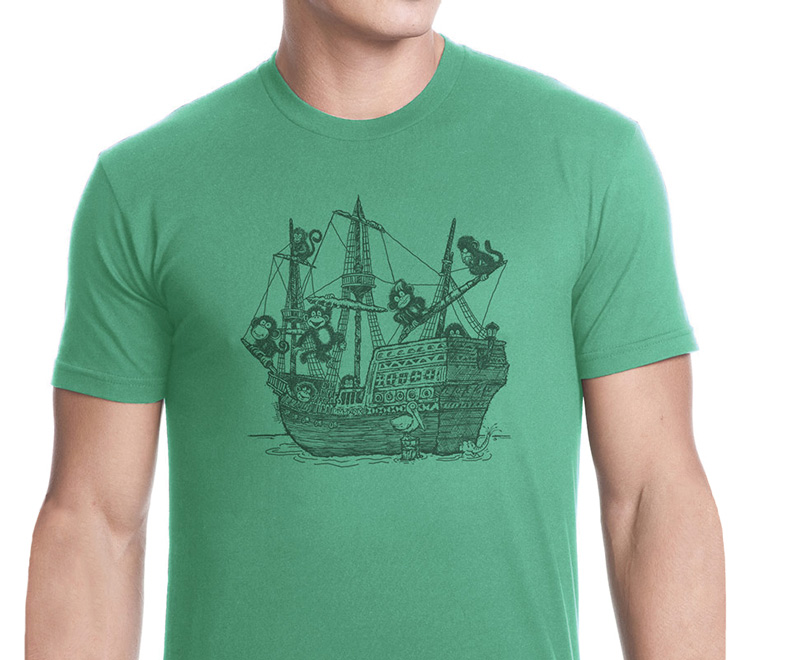 You can now wear some of Evansville’s most iconic images. Evansville Design Group, a nonprofit organization, has launched a campaign called “Made In Evansville” to celebrate the city’s pride and history through unique T-shirt designs.

The screen-printed shirts feature the Evansville Brewery Association, the Republic P47 Thunderbolt, and the Monkey Ship at Mesker Park Zoo and Botanic Garden. If you’re feeling nostalgic for these images, as well as others, see the feature story “Growing up in Evansville” on page 42.

Rachel Wambach is the fundraising chair for EDG and created Made In Evansville as a fundraiser for the organization.

“Here at Evansville Design Group, we’re passionate about our city,” she says. “We wanted to take a more blue collar approach to raising money, and get the community involved as well.”

Wambach says the design group plans to expand the line to include different products, such as coasters, maps, and more.

Made in Evansville will be an ongoing campaign, and Wambach says EDG hopes to add a new batch of designs at least twice a year. Choosing which designs to create was not an easy process, though.

“We have a gigantic list of suggestions,” says Wambach. “And in the future, we plan on pulling from the community for ideas.”

The shirts are $20 and available for pre-order at madeinevansville.com. All the proceeds will benefit EDG, which promotes education, networking, and enrichment within and among the local design community.