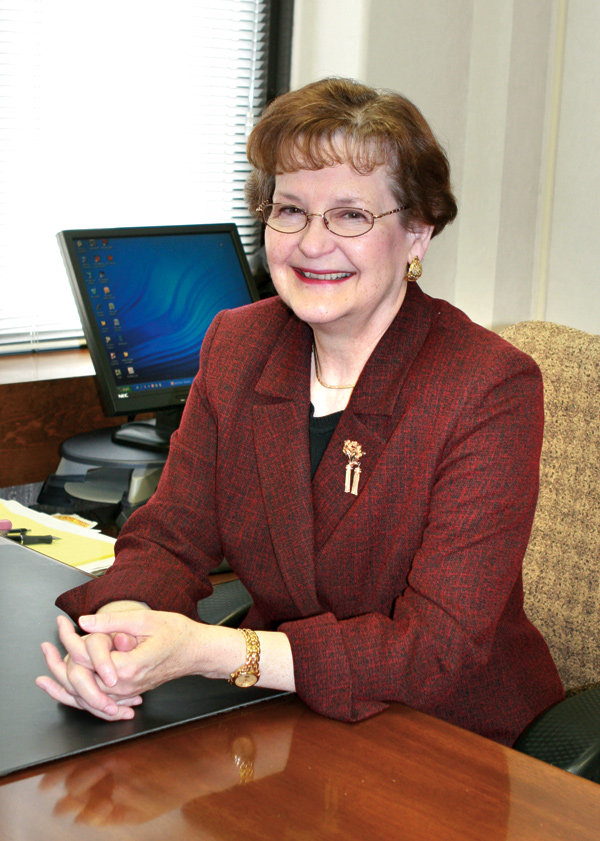 Growing up in tiny Galveston, Ind., near Kokomo, Marilyn Klenck never envisioned herself working in the field of philanthropy. She enrolled at Purdue University to pursue her childhood dream of becoming a teacher, and she taught for a decade, mostly in Wisconsin. Klenck came to Southern Indiana (the native region of her husband, William “Bill” Klenck) “at a time when there were more teachers than classrooms,” she says. Unable to find a job, “I had to do the mind game of retooling myself,” she recalls. “What skills did I have, and what language could I put them in?”

Her self-assessment led her to her first nonprofit job with the Evansville-based chapter of the American Cancer Society. Klenck’s passion for nonprofit work grew when she joined Leadership Evansville and learned about efforts to create a regional community foundation. The idea was inspired by a Lilly Endowment grant that helped Indiana communities launch philanthropic foundations.

The Community Foundation Alliance was incorporated in 1991, and Klenck became its first president and CEO. Under her leadership, the alliance grew to include nine member foundations in Southwest Indiana, which pool their back-office operations to devote more time and money to needs in their individual counties. In the 2009 fiscal year, the alliance awarded more than $2.2 million, and the organization had more than $49.2 million in assets.

Klenck will retire at the end of December after nearly two decades at the organization’s helm. As she looks forward to devoting more time to volunteerism and her favorite hobbies (reading mystery novels and refinishing antiques), she also looks back on her career as a nonprofit leader.

What drew you to the field of philanthropy?
I wanted to make a difference in other people’s lives, not somebody else’s pocketbook or the bottom line. I wanted to know at the end of a workday that my efforts had helped improve somebody else’s life, directly or indirectly.

What teaching skills have been helpful in the nonprofit world?
Being able to tool the communication to the person or the group — being able to pick out the important points, present those, and then fill in the details as needed later. This was a brand-new organization that didn’t have any history, policies, or procedures. It was going to be a growing process … My role was to help channel that energy and help (volunteers) do their work best.

How have you seen the Community Foundation Alliance evolve?

It has been a wonderful journey of maturation. (The member foundations) started out as a blank slate, and now, they’re very sophisticated when it comes to looking at their communities, determining how their discretionary dollars are going to be granted. Some of them, like the Vanderburgh Community Foundation, are doing wonderful initiatives that get out into the community to address a need that they’ve identified, and they want to put some big money behind it to be able to move the needle quicker. Vanderburgh has launched the initiative to try to reduce the cycle of poverty. That is a huge need in the community, and they have bitten off a big piece.

What are the top three traits that make a great leader?
One is having the confidence in yourself to intersect other ideas different from your own: the confidence that other people have valuable information and that you can, by talking with them, come to an agreement. Another is being able to listen instead of tell. A third would be tenacity. Some of the biggest changes happen not in a moment, but over a span of time. It takes understanding that we may have to go through some disconnect or chaos until we can get to some orderliness in our thinking, but not to lose sight of the fact that the end product is what we’re after.

As you prepare to retire, what’s on your mind?
Right now, the saving grace is there’s so much to do; it isn’t that I’m sitting back and worrying about it. I have every faith that the organization is going to be excellent, no matter what happens. But since I have been the first staff person with this organization and their only CEO ever to have been here, it’s kind of a heart tug.