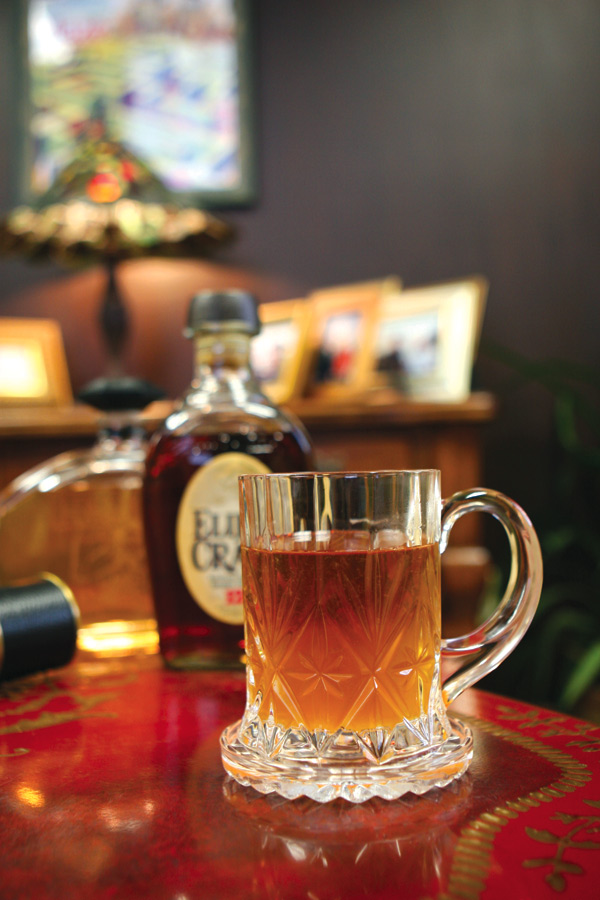 As I worked alongside volunteers in New Orleans four years ago for post-Katrina relief, I felt the symptoms of a cold creeping up on me. “Oh, are you feeling sick?” several locals asked. Their suggestion was universal: “Let me make you a hot toddy.” Though the American Lung Association recommends avoiding alcohol when combating a cold, the drink is said to have originated in 18th century Scotland, where people used the alcoholic beverage as a medicinal elixir.

Today, the hot toddy is a popular cocktail — a warm drink during the cold winter months. The recipe calls for tea, whiskey (typically bourbon in Southwest Indiana), honey, and lemon. I kick my hot toddy in a different direction, given the recent popularity of Dumante Verdenoce, an Italian-made pistachio liqueur that was created by Louisville entrepreneur Howard Sturm. In place of honey, Dumante adds sweetness and a roundness that you only taste from this type of nut character. Try an Elijah Craig 12 Year as the Bourbon whiskey for this “Dumantoddy;” it expresses the cooperage so well that it allows drinkers to taste the oak barrels it was aged in.

Bring water to boil and allow tea to steep for five to seven minutes. Add Dumante and Elijah Craig. Then, add juice of a quarter lemon. Rub the zest of lemon around the rim of the teacup.