May Make You Laugh 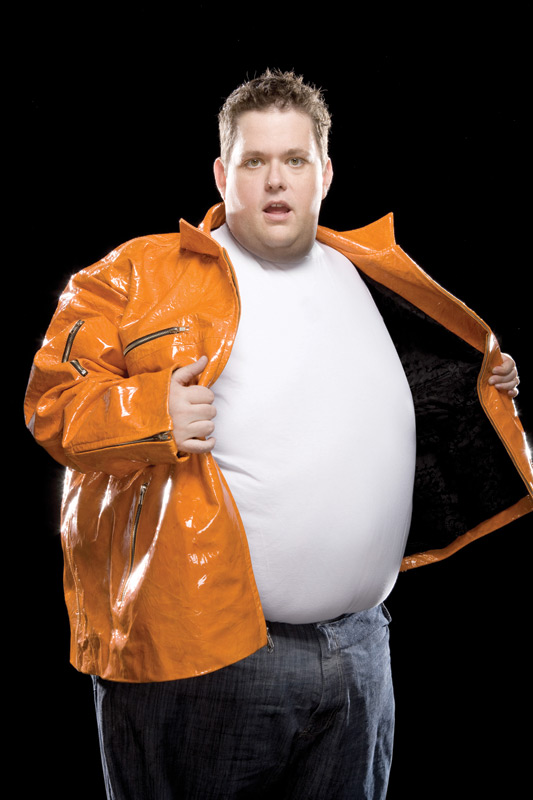 In 1989, Sam Kinison was a foul-mouthed comedian who screamed his jokes to his audience, and his popularity soared. Ralphie May was then a 17-year-old upstart who was honing his skills at hotel bars and pizza restaurants in Clarksville, Ark., when he won a comedy contest to open for Kinison. The prize included a limo ride with Kinison to the show. Kinison asked May if he was nervous because, after all, May was performing for 3,000 people who hadn’t paid to see him. The gravity of the situation sank in, but Kinison offered May advice: Close the act with one of Kinison’s old jokes — one that involved yelling and cursing at the audience. It was classic Kinison material.

After a solid opening for the seven-minute act, May flubbed a joke and panicked. He rushed his next joke, so May screamed obscenities like Kinison. The audience booed mercilessly, and May was horrified. Kinison came onstage unannounced. He apologized to the audience and declared May would never make it as a comedian. Despondent, May called his mother to pick him up, but while on the phone, one of Kinison’s employees told May that Kinison admired May’s courage. One after-party later, May knew he could be a comedian.

He moved to Houston to hone his act. May says he learned from “the greatest comedian you never heard of,” Danny Martinez, a comedy club owner who demanded young comics learn to write clean acts because clean acts are for TV. From there, May played clubs, made television appearances (from The Tonight Show with Jay Leno to Last Comic Standing), and sold out 3,000-seat venues. May rolls into the Victory Theatre in February.

Since that moment with Kinison, who was your comedy idol, how has your act changed?
I’m way more honest, and I’m way more in touch with who I really am. That’s the best part about it. For most comedians, they don’t know who they are until about eight years into it, and now at 21 years (later), I think I got it.

Why is honesty an important part of comedy?
There are a lot of comedians who have great careers playing characters, but the comics I like best are the ones who are honest. If you don’t know who you are, you won’t have the confidence to believe you can make any audience love that joke.

How does who you are play into your show?
I’m only contracted to give 45 minutes, but my shows are generally close to two hours. The reason I go long is because I didn’t come from rich people, and my fans don’t have a lot of disposable income. When it takes them nearly two hours (from wages) to pay for my ticket, I respect that, and I try to give them that much time back.

For more on May’s performance, see our Guide.