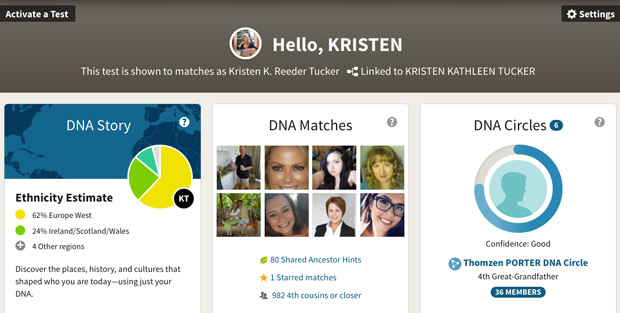 If you received a holiday present requiring you to spit in a test tube or swab your mouth, you are among the millions of Americans who have taken an autosomal DNA test. An estimated 10 to 15 million people in the U.S. have taken DNA tests, and the number quickly is rising. Ancestry, the leader in consumer DNA testing, sold 1.5 million kits on Black Friday last November. Even more remarkable, the number of Ancestry kits sold last year exceeds the total number of Ancestry subscribers.

Curious about my heritage, I took the test with Ancestry a year and one-half ago. Based on my lineage on my mother’s side, I knew my heritage was one-quarter Norwegian; I had no concrete information on my father’s side. While my DNA results will not change over time, as DNA science and Ancestry’s database grows, more details have emerged about my ancestry; today my results show matches with 982 fourth cousins or closer. Also owing to the large and increasing number of matches I have is that three branches of my family have been in the U.S. a long time. On my father’s paternal side, I have become a member of the Daughters of the American Revolution based on my fifth great-grandfather Joshua Reeder’s service in the Revolutionary War. Imagine my surprise when I learned my 10th great-grandfather was Mayflower passenger William White, who sailed with my 10th great-grandmother Susanna, and their son Resolved White, my ninth great-grandfather. An estimated 35 million people are direct descendants of Mayflower passengers.

Linking the family tree I am continually working on with my Ancestry DNA results reveals further details. I have connected with cousins on all sides of my family and have been able to share and learn family details. I’ll share some of my Ancestry results here.

This page graphically and briefly explains your DNA estimate, your matches, and the concept of DNA Circles. While my mother was fully 50 percent Norwegian (her father’s parents were both Norwegian), I tested only 10 percent Scandinavian. This is due to the randomness of DNA selection. 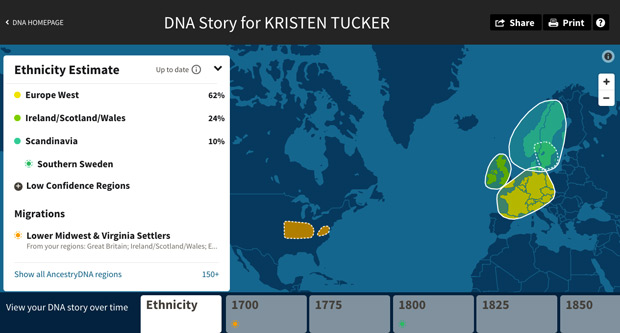 My ethnicity estimate is graphically depicted on the world map.

This slide illustrates the immigration of my ancestors in 1700. 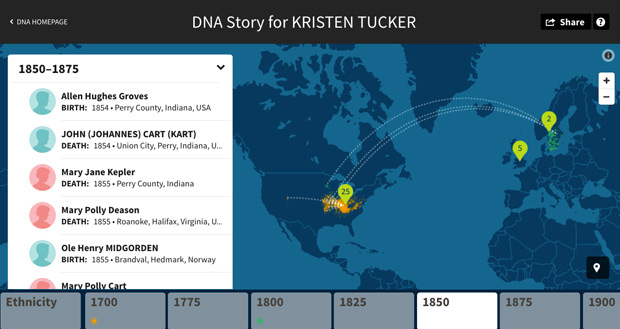 The later immigrations in 1850 are depicted here. 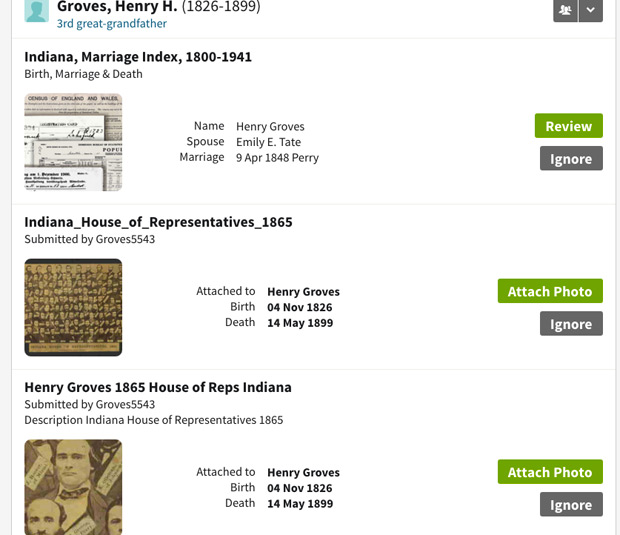 When completing your family tree on Ancestry.com, hints, such as these on my third great-grandfather Henry Groves, can help piece together your ancestry story.