For our July/August 2017 issue of Evansville Living, we discussed poetry and inspiration from Indiana’s natural landmarks with the state’s 2016-2017 Poet Laureate Shari Wagner. In the interview, Wagner mentioned her poem “The Soloist,” which reflected on the Native Americans who called Angel Mounds Historic Site home. Wagner graciously shared her poem with us below.

Each morning he mounted
the slope to sing the sun
over the Ohio and past
the wild grapevines
where shy catbirds hid
and even a god
could get lost in the tangle.

He sang till yellow-rumped
warblers and mockingbirds
joined him, till the pecan grove
slid from the blue husk
of its shadow, till the wattle
and daub houses flushed
the sky’s rose-mallow.

He sang as if even the hominy
cold in its pot needed
one man waking up
in the dark, one voice
striking its flint
and fanning the flame. 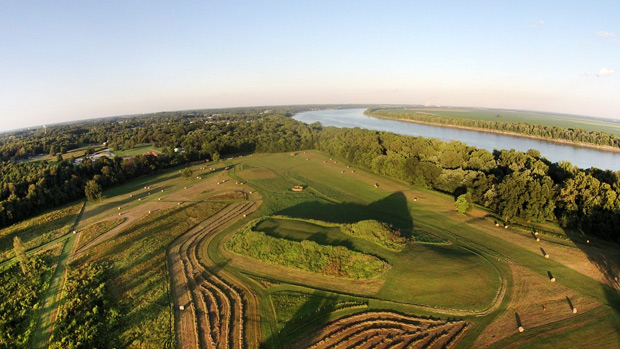