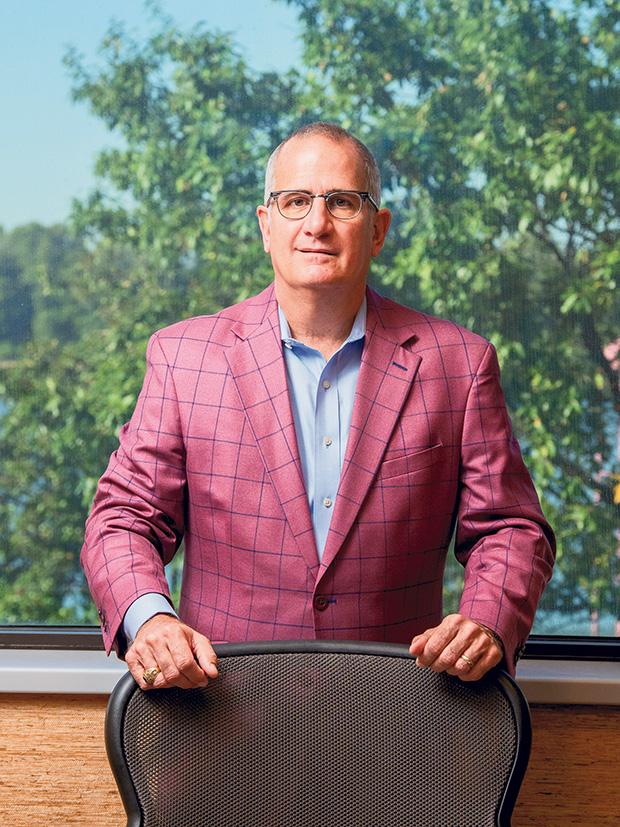 I know that locals sometimes joke that Evansville is the center of the universe as it seems there are not too many degrees of separation between Evansville and the most current person in our 24-hour news cycle world. Several years ago, a popular pastime was the Kevin Bacon – Six Degrees of Separation game. We even featured it prominently with a great illustration by Julie Harris in the March/April 2001 issue of Evansville Living.
Naomi Osaka, the current No. 2 women’s tennis player in the world, is trending all over global sports news regarding her withdrawal from the French Open. Now stay with me, both of you still reading this. (I am now informed by staff it is in double digits as the staff is forced to review my letter.)

In a conversation in my office just a few short days ago, Anna Hazlett and Kim Poynter, who quite capably run the Deaconess Women’s Hospital Classic (a women’s professional tennis tournament), mentioned to me that Naomi Osaka had played in their tournament in 2012, where she lost in the first round.

This is really high-quality tennis being played right in our backyard. Offering $25,000 in prize money and going on 22 strong years in Evansville, it brings in a terrific field of players. Sixty-four players compete, and the tourney usually will feature around 10 international players. More than 30 players who have come through the Evansville tournament have reached their goal by playing in a Grand Slam Tournament.

As I write this, the French Open is being played now, and 18 previous Women’s Hospital Classic players are competing in Paris, France and later this summer in some place called Wimbledon, England. This attests to the field of the players attracted every year. 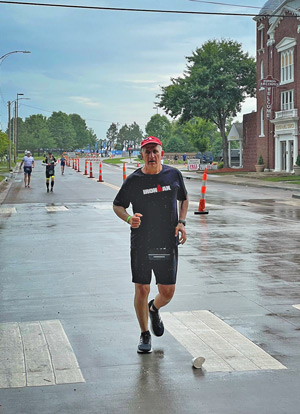 My appreciation and I know many others goes to Anna and Kim who, along with the Evansville Community Tennis Association, help support and volunteer in a terrific community effort. Please give them your support and watch some great tennis culminating in strawberries and cream, provided by Lic’s Deli & Ice Cream, at 10 a.m. July 18 during the Sunday morning final. Now how fun is that?

I have had several people make both polite and impolite inquiries as to my participation in Ironman Tulsa last month. In no particular order:
• Yes, I was very sore for a week. But, I am not at the bottom of Keystone Lake. Sorry about that … you know who you are.
• Fifteen hours of FUN!
• Tulsa was very nice and quite scenic… saw quite a bit of it.
• Eighty miles of the 112 miles on the bike were in various degrees of rain, from gentle showers to sheeting sideways.
• I finished! Sole goal of the event for me. Although my boys mocked me in every way possible during training, they and my wife were extremely supportive and met me at the finish with a cold one. Then a cheeseburger — entirely worth it!

In the photo above, I am running through the Greenwood District, or Black Wall Street, featured prominently recently in remembrance of the Tulsa Massacre 100 years ago.

The other photo? My boys and wife were cutting through an actual Oklahoma road chasing after me on the bike course in Osage County, Oklahoma.

As always, look forward to hearing from most of you.