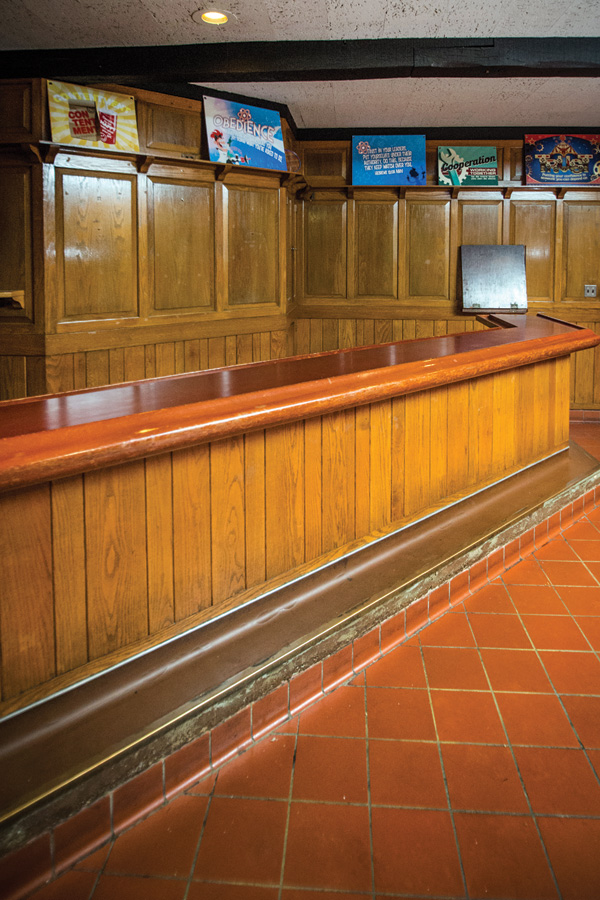 Looking around the children’s ministry area at One Life Church’s West Side location on the W. Lloyd Expressway, visitors can see colorful decorations hung on the walls and ceiling, a small stage, carts with craft supplies, and a vintage bar from the old Rathskeller tasting room. Many would think a beer brewery and church could never mix, but, for One Life, the location was a match made in heaven.

The building originally housed Sterling Brewery, with the Rathskeller located in the basement. According to Stan Schmitt, part-time library assistant for special collections at Willard Library, a smaller Rathskeller had existed at the brewery for years before moving to the basement.

In 1933 after the end of prohibition, the previous Rathskeller was reopened with major improvements. It wasn’t until 1955, after the new Sterling office building was completed, that the Rathskeller was moved and opened in the basement.

After going bankrupt in the late 1990s, real estate developer Jack Rogers purchased the property. Then, in August 2012, One Life opened their second of now three locations.

“What’s amazing is how this corner has shot up,” says Bret Nicholson, lead pastor of One Life. “It was just deserted. Now, it sometimes is hard to find parking.”

Along with the German-style bar, One Life also preserved a separate room in the basement with its original Rathskeller look complete with backlit, stained glass niches and giant safes used to store cash collected after beer deliveries. Off the basement through 3-foot-deep walls is the cavernous tank room One Lifers have nicknamed “the dungeon” used for the brewery. It is connected to the old factory by tunnels, which now are sealed.

“I grew up on the East Side. I didn’t even know about the Rathskeller as a tasting room,” says Nicholson. “Every time I talked to a West Sider they were like, ‘Yeah, of course. We used to go there.’ It’s cool to have that West Side identity. It is a part of Evansville history. No question.” 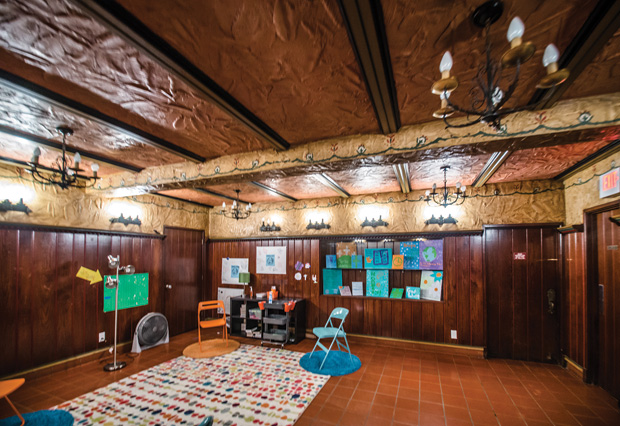 ▲ Leaders at One Life Church were skeptical about opening their second of three locations in the old Sterling Brewery building, but the location has allowed them to be a part of future development and growth while honoring the West Side’s past.

For more information about One Life Church, call 812-401-7494 or visit onelifechurch.org.