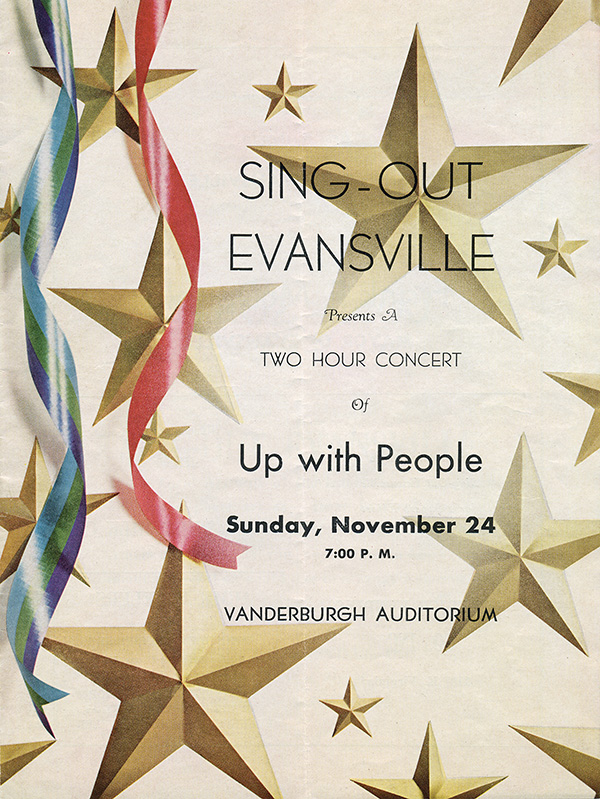 Music often is referred to as a universal language — and in the 1960s, the group Up With People used music as a way to reach out to young kids throughout the U.S.

“We had a lot of turmoil going on, and this was a response to what was going on in the country for young people,” says Rob Engelbrecht, one of the organizers of the Evansville chapter of the organization in 1968.

The original organization (known as Sing-Out) was started in 1965 in Mackinac Island, Michigan, by J. Blanton Belk. He wanted a way for youth throughout the country to come together in a positive way to “walk across borders, see beyond race, and build bridges of understanding between people.”

The national group came to Evansville to perform its original songs in August 1968, grabbing the attention of many high school and college kids, including Engelbrecht, his brother Dan, and Jon Siau. The Evansville chapter, which formed soon after, consisted of students from all Evansville high schools, all races, and different ages. They performed across southern Indiana in front of other civic groups and at events. The members also volunteered to help other organizations. 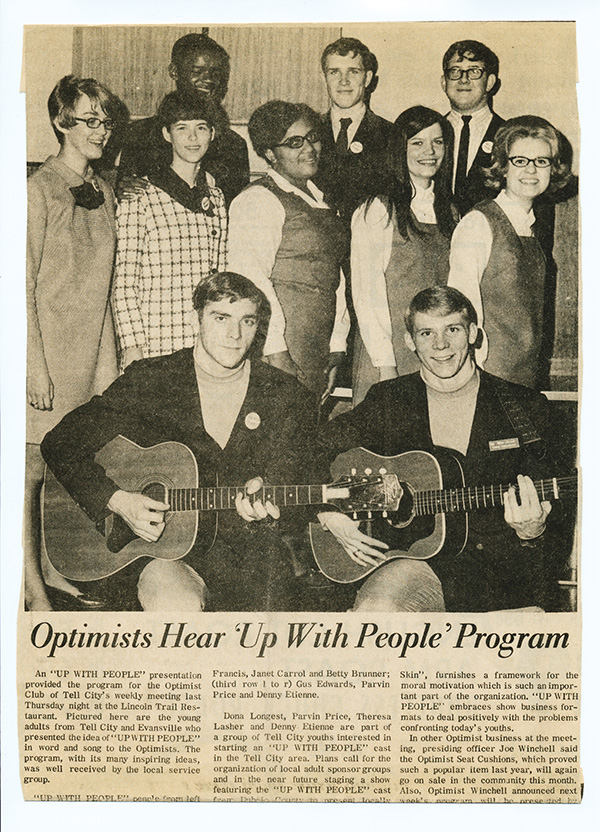 “We were trying to take a positive approach to things,” says Siau, who helped book shows for the Evansville chapter. “If you saw a show or a concert back then, it was a very high energy, fast-moving type of a show.”

“It was a unique experience in the moment,” says Engelbrecht. “You had people who, later on in life, were in helping fields — medical, teaching, law enforcement. They carried a lot of what we practiced with Up With People through their lifetime.”

Up With People still exists nationally, with groups of youth touring to perform, but the Evansville chapter dissolved in the early ’70s. In celebration of the 50th anniversary of the chapter, Engelbrecht and Siau planned a reunion with other alumni on July 6 to reminisce about the group that brought them together.

“It’s just a chance to get together with people and reconnect,” says Engelbrecht. “We might even sing a few songs.”