Saved from the Wrecking Ball 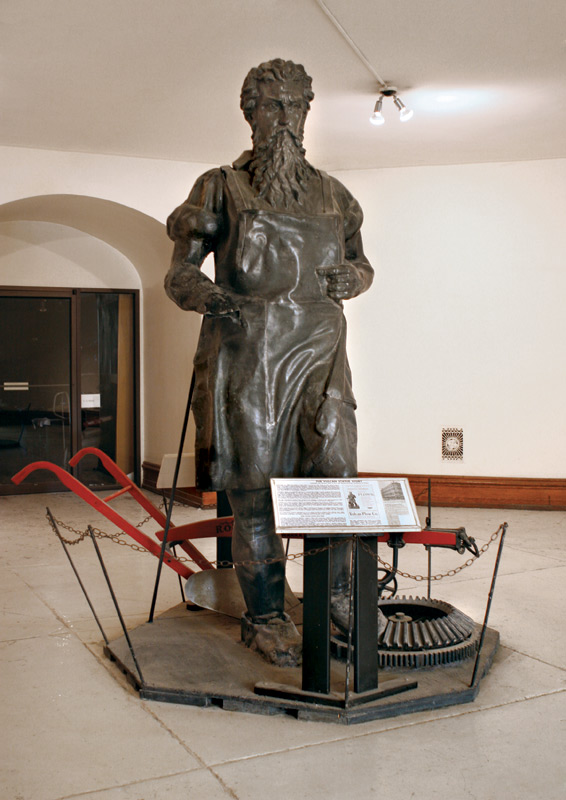 Made from Indiana limestone, 14 allegorical figures top the Old Courthouse. Craftsman Franz Englesmann began sculpting for the impressive courthouse in 1888.

A year later, just blocks away, leaders at the Vulcan Plow Co. on First Street received a majestic 9-foot, 6-inch statue. The hollow metal figure had a long, god-like beard, but he wore a simple apron. His pious features were by design: Vulcan was the ancient Roman god of fire. He became the trademark of the Evansville-based company, and the imposing figure overlooked the riverfront until 1957 when the Vulcan building met the same fate as many historic structures. It was torn down as another victim of an urban-renewal project.

During that same time, community leaders were eyeing the courthouse for demolition. What saved it was the high cost of razing, says Kelley Coures, president of the Old Courthouse Foundation. By 2011, the Old Courthouse had an 85-percent occupancy rate.