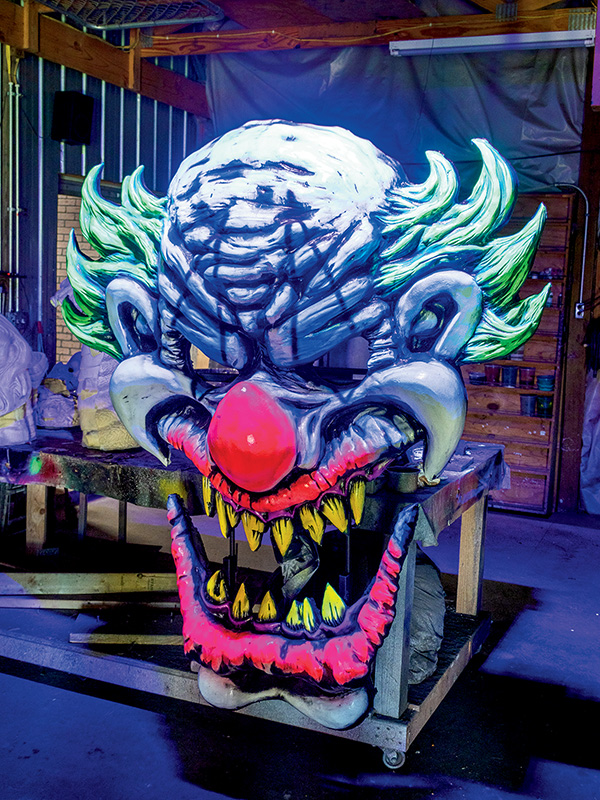 The smell of plywood takes Kevin Alvey back 35 years to when he was working at the Newburgh Civitan Zombie Farm. He blames the zombie farm for his obsession with monsters. Since 1998, Alvey has built monsters through his company Gore Galore to sell to haunted houses around the world.

In an unassuming converted chicken coop in Cynthiana, Indiana, Alvey and his team — Jason Tarpley, a painter; David Ford, on casting and trimming; and Alvey’s wife Natalie, who serves as seamstress — build all sorts of scary and creepy installations. Lurking in the warehouse are zombies, ghouls, clowns, giant snakes, monstrous plants, and giant shark heads, operated by actors and called “actormatronics.”

“Mostly everything we make requires an actor,” says Alvey. “Let’s say you’ve got the beauty of this monster, but it requires an actor. You kind of put those two together to really affect the customer — that interactive scare rather than just an animation that does the simple movement and doesn’t get the scare.”

While the technology over the years has improved tremendously, Alvey says the goal has always stayed the same — to build things that scare and entertain people. The challenge is to improve each year to make their products better and scarier.

“I’ve done it for 35 years,” says Alvey. “I’ve had a lot of time to grow, and I’m not done yet. There’s a lot more growth to be had — problem solving, learning, and entertaining people. I like to build things that can actually entertain people.” 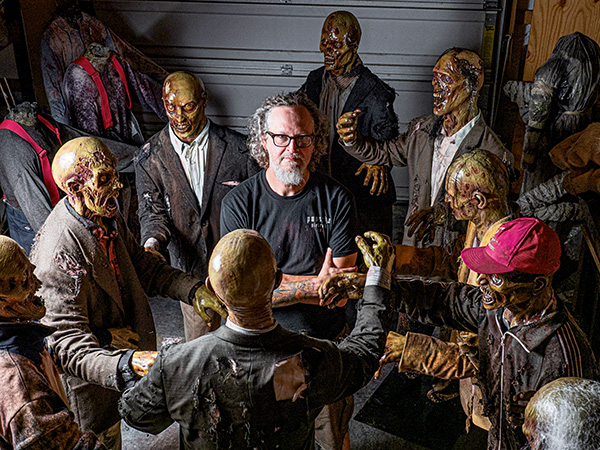