Evansville native Janet Stovall opened Jan’s School of Dance in 1959 when she was just 19 years old after graduating from Bosse High School. Since then, hundreds of dancers have been trained at the studio under various owners in styles like ballet, tap, jazz, lyrical, tumble, acro, and hip-hop.

In July of last year, Lauren Daniels and her parents Susan and Chuck Daniels purchased Jan’s School of Dance when Lauren also was just 19 years old. She began taking classes at the studio as a little kid and by 17 was teaching her own classes.

“I’ve been dancing here since I was 4. It’s become my second home,” she says. “When I was in fifth grade, I wrote in my journal — we had to journal every day — and one of our topics that morning was what we wanted to be when we grew up. I put that I wanted to own a dance studio, but I never imagined I would.”

After graduating from high school, Lauren took a gap year and decided she would teach one more year at Jan’s while she figured out her next step. At the end of that year, the opportunity arose to purchase Jan’s and she leaped in with both feet. This year during the 2018-2019 season the studio will celebrate its 60th anniversary.

“I was pretty nervous at first, but I have the best students and their parents are so amazing as well,” says Lauren. “They really make it easy on me.”

At the studio, dancers can begin taking classes at the age of 3 and continue instruction all the way until their senior year in high school. Lauren says many students take classes at Jan’s their whole childhood and adolescence, just like she did.

“What’s even cooler is we have a lot of parents who took [classes] when they were younger and even some grandparents,” she says. “So it’s cool when we get a call from a parent who will say, ‘I took at Jan’s and my daughter is 3 now, and I would love for her to take as well.’”

With 60 years in the business, Jan’s has seen hundreds, if not thousands, of students come through its doors. At its highest point, the studio had a total of 400 students during one season about 10 years ago.

“Lauren recently had a discussion with some of her students,” says Susan. “She told them it didn’t matter that they belonged to a small studio in a small town. They will get out of the classes what they put into them, and it’s true.”

Dancers from Jan’s have continued on to professionally perform across the country, whether for national ballet companies or in contemporary shows and performances. 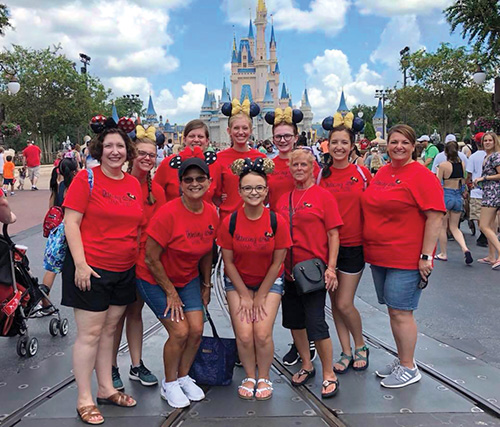 “Jan’s has produced professional dancers who have gone on to work for Disney, the Miami Ballet, cruise ships, popular Vegas shows, and even a Rockette,” says Susan. “We are thrilled to continue the Jan’s legacy, hopefully for another 60 years.”

Through all of her performances and milestones at Jan’s, Lauren says her favorite performance was a lyrical solo to Pink’s “Glitter In The Air.” Her mom had sewn pockets into her costume that held glitter, which she threw on stage during the performance. However, she says her favorite memory out of her 16 years in the studio was her first recital as owner this past June. 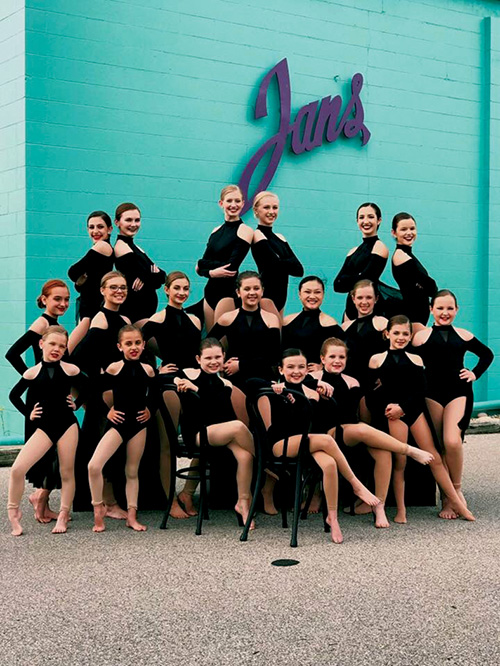 “It never really hit me until that day of the recital when I got out on the stage and was introducing the show,” says Lauren.

Next year on June 8, the studio will officially celebrate its 60th anniversary during the annual recital and hopes founder Jan Stovall, who now lives in Florida, will return along with other Jan’s alumni to commemorate the milestone. For now, though, Lauren is happy to continue to pass on a passion for dance to future generations of performers.

“My goal is to continue to share my love of dance with kids and to have a place where kids can come, feel safe, and it’s a fun environment,” says Lauren. “Because that’s how it felt when I was younger. It was a fun, safe place for me to come and do what I love, and I want that to be shared with everyone.”