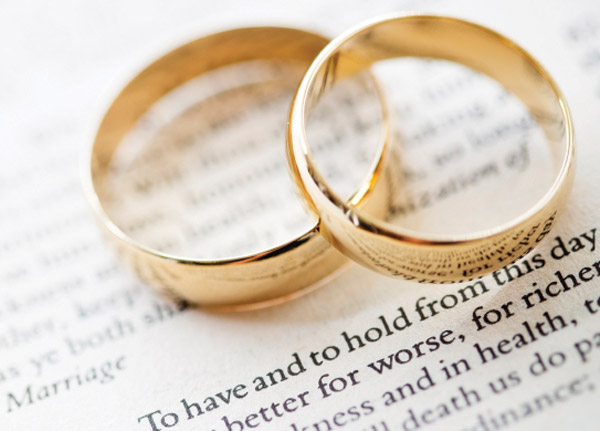 Some couples renew their wedding vows to celebrate a meaningful anniversary, while others use it as a symbol of moving past a rough patch in their marriage.

No matter the reason or the timing of their decision to renew vows, vow renewals provide couples with a strong example of commitment, says Andrew Gries, marketing and web administrator at Community Marriage Builders, 1229 Bellemeade Ave. The nonprofit organization educates and equips the community for lasting marriages.

“It’s fun, but it’s also a good way to reflect on marriage,” Gries says of renewing vows. “Look back on where you’ve been and where you’re going. It’s important to share your struggles so other people can learn. To be willing to share that would be a great example for others.”

Ceremonies can range from small and private functions to “do-over” weddings, in which couples recite preexisting vows or write new ones with a wedding officiant present. Perhaps the first wedding had an element of disaster, or with little money and only a few people present. Vow renewals are a chance to do it over again, Gries says.

Gries says Community Marriage Builders holds many workshops for couples, including a program called Revive for those in distress. He says he often sees vow renewals take place after a time of struggle.

“There are a lack of solid examples of commitment,” Gries says. “With so many divorces happening or a lack of examples from their parents, renewing wedding vows is a way to say, ‘We are still committed to this. This isn’t one thing we just thought of. We are committed to this and to making it last.’"