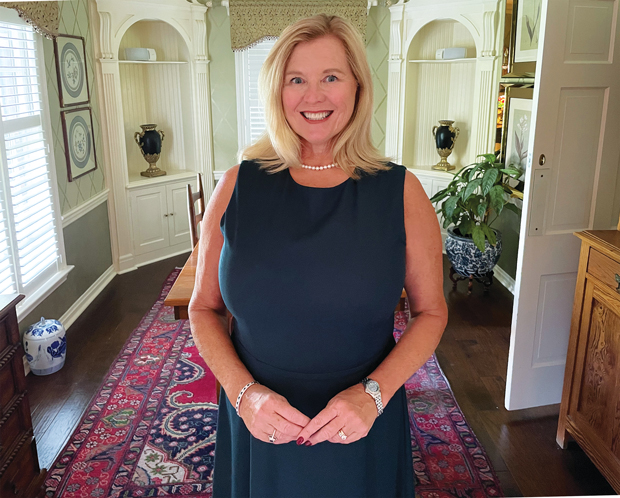 The winds are picking up; shadows are lengthening, and soon, the afternoon sun will pierce the southwest-facing windows of my office. I’ll close the blinds for a few hours each day – but not for long; I like to keep my eye on the river.

Depending on your vantage point, you may or may not give the Ohio River much thought going about your day. Our office is located on Riverside Drive; we look out over the bend in the river. Our first two office locations were Downtown near the riverfront but not overlooking the river. We’ve enjoyed this closer proximity to the mighty Ohio for several years.

We witnessed, as we have in past summers, the creation of “The Pump Out” sand island in the middle of the river directly across from Downtown as the U.S. Army Corps of Engineers dredged the channels. And we could see from our windows – and better with binoculars – the 1970s camper that showed up on the island in the overnight hours as the dredging was completed this year. (We couldn’t help ourselves; please see “Best of Evansville,” page 49.)

I’ve written before about my level of excitement to be moving to a river city when my family relocated here 50 years ago. I liked the idea that Evansville historically had excursion boats – small river boats for afternoon and dinner cruises. Some were around for a few years; others stopped in for passenger excursions.

In late 1995, a boat returned in the form of Casino Aztar’s riverboat casino, “City of Evansville.” While she moved up and down the river for a short time, the “City of Evansville” spent most of her years permanently docked on the riverfront. When the casino moved onto land in 2017, the riverboat set sail for New Orleans, Louisiana. In 2019, after a complete renovation, it opened as a permanently docked upscale event center, the Riverboat Louis Armstrong.

In 2018, plans were announced to relocate the LST-325 from its Marina Pointe location to Riverfront Park across from Tropicana Evansville (now Bally’s) in the spot previously occupied by the casino’s riverboat. In June 2020, the LST-325 moved to its attractive new port on Riverside Drive. This move made available the LST dock at Marina Pointe – certainly large enough for small cruise ships since it had secured the massive 327-foot-long historic landing ship tank in 2005.

Late this summer, the public learned that American Cruise Lines, Inc., promoted as “America’s #1 River Cruise Line,” was adding a trial stop in Evansville on its 11-day Ohio River itinerary from Pittsburgh, Pennsylvania, to St. Louis, Missouri. On Aug. 8, the city welcomed 97 passengers aboard the American Heritage for a four-hour port visit.

Driving into Downtown on a Monday morning a couple of weeks after American Heritage’s trial stop in Evansville, I rounded the bend from South Fulton Avenue onto Northwest Riverside Drive and, in the distance, I could see the riverboat moored at the old LST dock.

Alexis Berggren, President & CEO of Visit Evansville, shared later that day that due to the success of the trial which Visit Evansville managed with the cruise line, four more stops in Evansville were added to the Ohio River itinerary this fall. Berggren says that the cruise line travels with its own transportation and employees to escort passengers on onshore excursions, which can include tours, dining, shopping, and visiting cultural attractions.

“We are so excited to be reactivating riverboat visits to our shore, and we hope the American Heritage, and our partnership with American Cruise Lines, only marks the beginning of new tourism opportunities and amenities for our community,” Berggren says.  “Along with the cruise lines, our team continues to work toward attracting a riverboat to Evansville full time, which will offer day and nighttime excursions for the local public and visitors alike.”

That would be exciting! Evansville could again be a river city with a riverboat.

Reach out!
Letters to the editor can be sent to letters@evansvilleliving.com.