Last week I returned from the Caribbean with my husband to celebrate 25 years of marriage. We flew to Miami, where we stayed a night, then to St. Georges, Grenada, where we stayed before boarding S/V Mandalay, for a seven-day sail through the Grenadine Islands with Sail Windjammer. We stayed in St. Georges for two days after we disembarked. 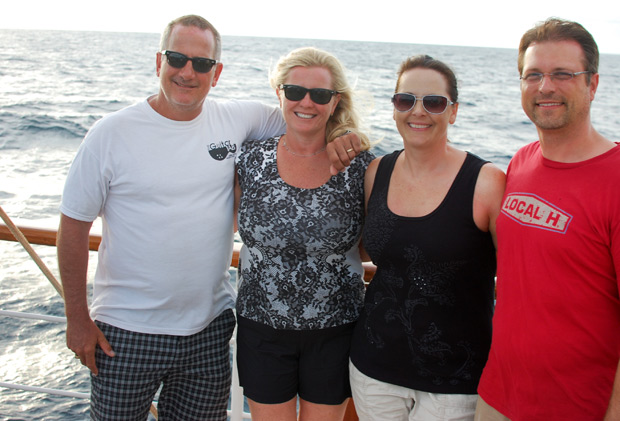 We invited our friends, Larry and Kristi, to come along. We were to meet them in Miami; they were flying out of Louisville a day before the ship sailed – a day after we flew, still a day before the cruise departed. Their flight from Louisville was cancelled. (Cruise ship passengers, sure to miss their cruises in Miami, were in tears, Kristi said.) After a few hours of worry, Larry and Kristi were on a flight to Miami, then Trinidad, and on to Grenada, where we met Sunday morning at the family-owned hotel we’d booked on the secluded Morne Rouge beach. We spent the day at the beachside pool. We witnessed a baptism on the beach and the daylong celebration that followed. We ate delicious West Indian food at the two beachside restaurants associated the Gem Holiday Resort – foretelling the tasty Caribbean food we enjoyed on the ship. 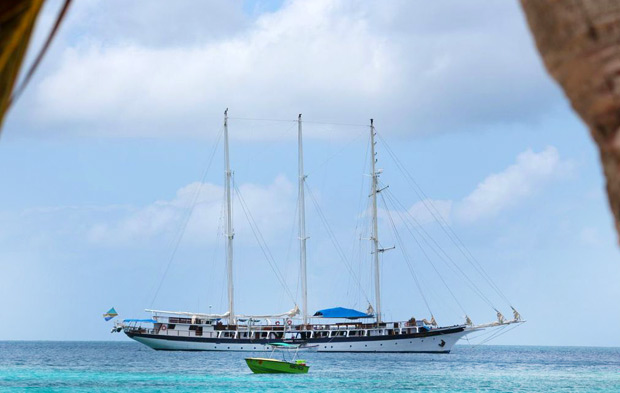 Ten days spent in the Spice Islands on a 236-foot sailing ship and in Grenada was an immersion in West Indian culture. Most of Mandalay’s crew was local. Captain Bernard took us to Bequia and Mayreu, islands where he grew up. Purser Meivon, pointed out to me, in the distance (I have no concept of nautical miles) Petite Martinique, where he grew up. Later, in Carriacou, Meivon said that he where he was born. (There is no hospital on Petite Martinique.) 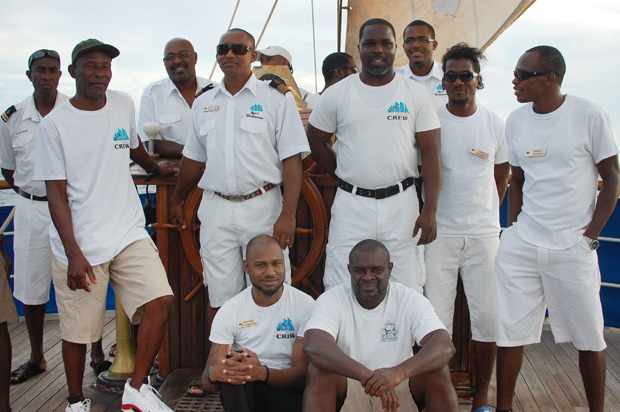 The Caribbean Sea was mostly calm. 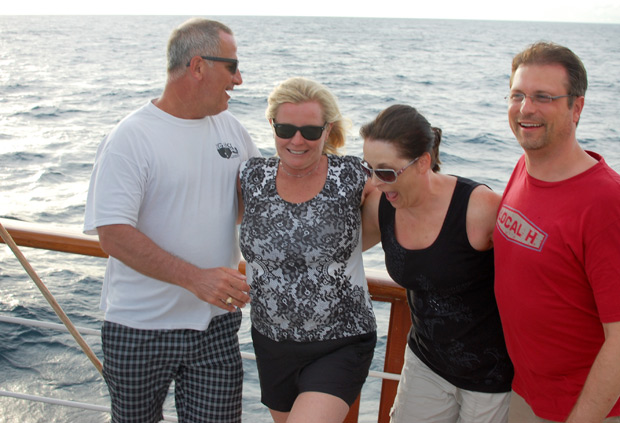 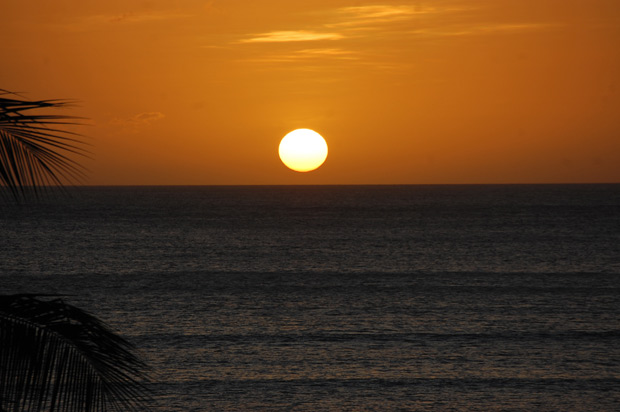