As soon as the early morning air turns autumnally crisp, lovers of fall start hopping into their cars to peep at hauntingly beautiful displays of fall foliage. If you’re ready for some new fall travel ideas a bit out of the ordinary, might I suggest some unique sites hidden around Indianapolis?

While a few provide subtle scares, others offer family fun everyone can enjoy. There are bountiful pumpkin patches, after-hours catacombs tours, and turn-of-the-century medical facilities full of Victorian horror vibes — think Dr. Jekyll and Mr. Hyde. Here are some of the best things to do and see this fall in Indianapolis.

“The Old Pathology Building is very much a time capsule,” says Sarah Halter, the museum’s executive director. “Very little inside it has changed since it opened as a research facility in 1896. It’s a unique and fascinating step back in time, and it’s a very tangible reminder of Indiana’s long-held reputation as a leader in medical research and education.” 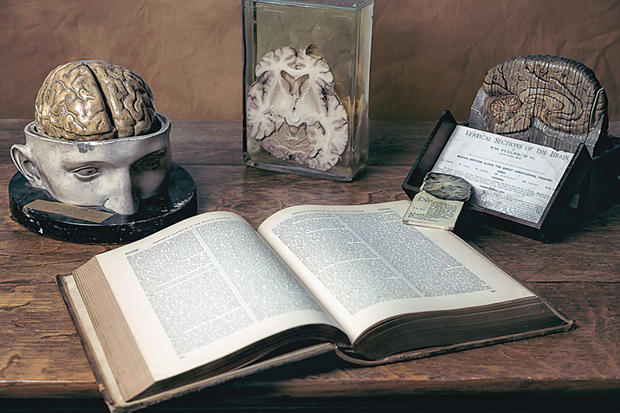 While the history of medicine may at times be scary, the museum is meant to showcase the strides made in the fields of medicine and science. There’s a medicinal plant garden on the grounds, a medical amphitheater, and guided tours. Here, guests can look through 19th-century microscopes and see hand-cranked centrifuges still working. 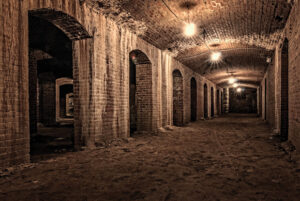 Now a food hall, the City Market in Indianapolis once was a bustling public market built in 1886. Hidden below the City Market resides a network of preserved tunnels complete with Romanesque brick arches. Dubbed the catacombs, these tunnels don’t house crypts, like you might find in Paris. Instead, these tunnels allowed grocers to store their wares in cooler temperatures. Tours of the catacombs occur on select Thursdays in September and October. While these tours are for adults only, it’s not due to the frights. Rather, guests are encouraged to purchase beverages from the location’s tap room. Tours last about 45 minutes and start at the Tomlinson Tap Room. 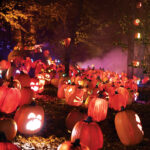 During the day, Newfields is a great place to see art by celebrated American Impressionist painter and Hoosier T.C. Steele. Several of his works on display depict the beautiful rolling hills and autumnal shades of Brown County, Indiana. Later, during October nights, Newfields’ gardens are where you can see those fall motifs of amber leaves come to life with a modern update. Throngs of jack-o-lanterns glow in all the colors of the rainbow, as guests wind through an enchanted forest on the grounds and walk past an orchard full of scarecrows. Mischief Manor, the Lilly House, is decked out in ghostly delights. Harvest Nights also hosts a beer garden with apple and pumpkin flavors from Sun King and Ash and Elm Cider. 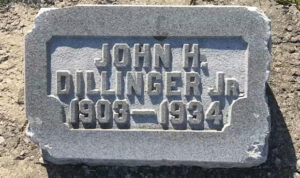 Although the cemetery offers a bevy of fall-inspired tours around the Gothic chapel and gate, a notable gravesite worth checking out on your own is that of infamous bank robber John Dillinger. The story goes that 5,000 people attended his funeral at Crown Hill Cemetery and many of them took home handfuls of dirt or grass from the grave. Fearing the body itself might be stolen, Dillinger’s family asked to have him reburied in iron and concrete to deter graverobbers. In 2019, Dillinger’s nephew Michael Thompson filed a lawsuit to have his uncle’s body exhumed but dropped the lawsuit a year later. Still, if stopping by the grave during the daytime, check out the chipping and wearing away of the headstone, indicating where others have managed a few grisly souvenirs. 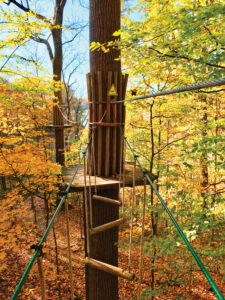 Why look up at fall foliage when you can zip through it? Located inside the sprawling Eagle Creek Park, Go Ape Zipline and Adventure Park lets lovers of fall colors get closer to the leaves than one may have thought possible. There are five ziplines, several of which are daringly high and not for the faint of heart (this includes a 40-foot-tall tree-to-tree crossing). Plus, guests can try the heart-stopping Tarzan swings and canopy-high obstacle courses. Visitors must be at least 10 years old to zipline through this park’s mix of fall beauty and thrills. 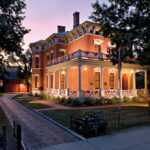 23rd President Benjamin Harrison was from Indiana, and his Italianate-style home built in 1875 has become a museum of presidential memorabilia. Guided tours take guests through rooms left unchanged since his time, but during fall, the museum hosts its special Halloween Candlelight Theatre full of ghost stories. A spooky tale comprises most of the mansion, with each scene unfolding in different historic rooms. This special performance takes place Oct. 14-15 and 23, so history buffs wanting a good spooky story should get their tickets as soon as they can.