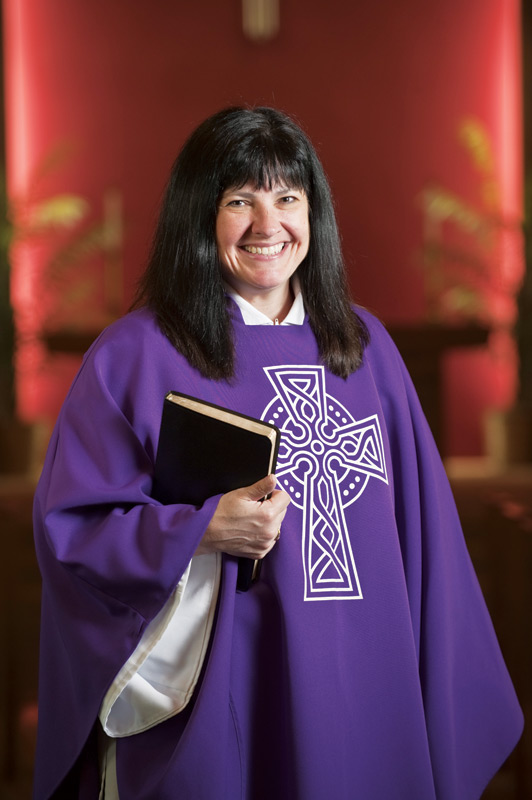 To Tamara Gieselman, the United Methodist Church’s slogan, “Open Hearts, Open Minds, Open Doors,” represents more than a catchy branding effort. Since landing a job in 2009 as the University of Evansville chaplain, Gieselman has founded a series of public forums called “Who Is My Neighbor,” aimed at offering insight into world religions.

The first, a panel discussion of Islam, was prompted by last fall’s mosque-building controversy in New York City and the media frenzy surrounding a Florida pastor who threatened to burn the Quran. More than 200 people showed up to the forum, and numbers remained strong for the second event, focused on Judaism. “The crowds have indicated,” Gieselman says, “that people do want a safe place to learn and ask questions.”

I grew up in a small, rural church and had fairly conservative beliefs and theology. I struggled with being a female and being called to ordained ministry. I’d never seen a female minister; I had people tell me I shouldn’t be one.

During my time at UE, I realized God was bigger than I ever imagined. I was forced to think theologically and try to understand the context of the Bible — how and to whom the text was written — as opposed to just reading words on a page. It’s a big world, and I think college is one’s first understanding of how big that world is.

We are a church-related institution; we’re on a college campus; we should be the ones who offer instruction and help people learn about world religions. We thought it was important for us to lead the way in our own community and help people better understand other faiths so fear doesn’t drive our actions.

This spring, Gieselman — a 1995 UE graduate — plans to host forums on Hinduism and Buddhism.