The Dukes of Evansville 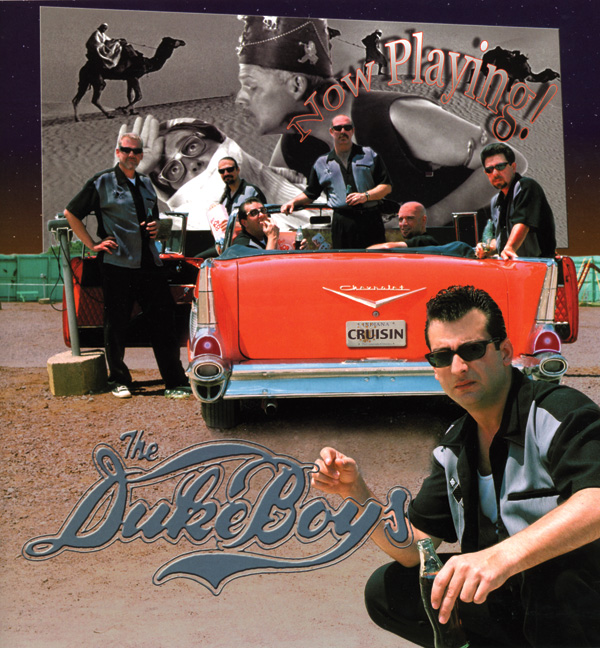 The idea came from David Burke’s mother: Sing Gene Chandler’s “Duke of Earl.” Burke accepted her advice and convinced his three best friends — Tim Eli, Rick Morris, and Rob Daniels — to perform the 1962 doo wop song for their North High School variety show. The timing was right, says Burke; it was August 1980, and nostalgia for 1950s and 1960s music was high. The four juniors practiced in the choir room and in the boys’ bathroom. (“The sound in there was amazing,” Burke says.) The costume-clad musicians completed the song with choreography, and the show was a success. They started singing at pep assemblies, and North administrators organized a sockhop, starring the group of friends whom students called “The Duke Boys” as in “those boys who sing ‘Duke of Earl.’” The performance began an “unexpected treasure” for Burke, he says — a treasure that’s lasted three decades this August.

The North graduates attended the University of Southern Indiana, racked up gigs, and added new members. Sweeney’s on the Green (a bar in the former Ramada Inn, now a Holiday Inn on Highway 41) became their hot spot, regularly playing Sundays before packed houses despite a major challenge: They were young and performing music before their time, admits Burke.

They found The Vandals, an older Ohio-based band with a similar style. “For a while, we stole a lot from them,” Burke jokes. At a Vandals show, “we were awestruck by the shenanigans and the comedy,” says Burke. The two groups met, and for the next few years, each was booked throughout the Tri-State. Once, the bands played at separate events at the former Executive Inn in Owensboro, Ky., on the same night. “They would steal glances at us,” Burke says, “and we would steal glances at them.” On mutual breaks, they’d hang out like they were touring together.

While Burke credits The Vandals as a performance influence, their music has taken The Duke Boys beyond Evansville. In 2005, they played in front of thousands at the Surf Ballroom in Clear Lake, Iowa, where music legends Buddy Holly, Ritchie Valens, and J.P. “The Big Bopper” Richardson performed their last concert before their untimely deaths in a plane crash. Built in 1948, the Surf has retained its original ocean beach club atmosphere. There, The Duke Boys performed with rock stars Jason D. Williams and Matthew and Gunnar Nelson, late rock heartthrob Ricky Nelson’s musical twin sons. “It was hallowed ground,” Burke says. “We were asked to perform there, and it was an honor to even be asked.”

What Burke loves about this music is, vocally, these 1950s and 1960s songs have an amazing sound, he says. Burke, the only original member still performing regularly, appreciates the roots of this music, and his love of that fuels him today. But his driving factor is his band mates: singers Kerry “Flounder” Sinclair and John “Hoot” Urbina and musicians Bob “Bobcat” Green (keyboard/sax), Dave “Doc” Matthews (drums), Rickie “Trickie Rickie” Byrne (guitar and vocals), and Ed “Mr. Ed” Ward (bass). (“Everyone who’s been in the band has gotten a nickname,” says Burke, aka “Gomer.” “It’s like a little fraternity.”) They’re the reasons Burke still has a passion to perform, he says: “You have to hang out with the goofballs I hang out with on the weekends to understand.”

The Duke Boys have two public performances this summer:
July 24 at Wilson’s General Store & Café and August 27-28 at Casino Aztar.