The Grill of a Lifetime 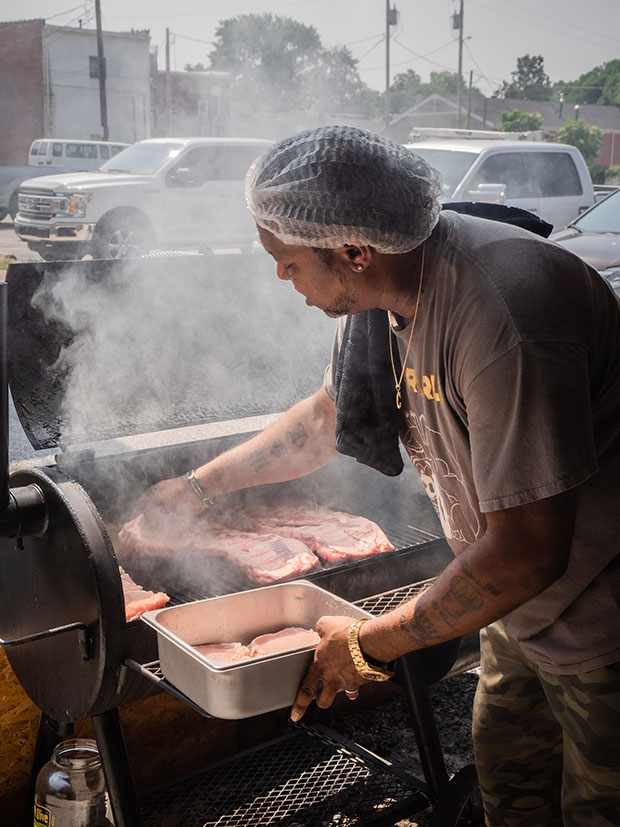 Walking downtown in Henderson, Kentucky, the scent of hickory and maple floats to the street from the smoker behind Taylor’s Grill on Wheels.

As the door opens to the takeout restaurant at 130 N. Water St., you’ll hear Maai Taylor’s greeting of “watch your step” and the scraping of utensils as she and husband Carl put the finishing touches on generous portions of their homemade dishes made fresh each morning.

Before opening the storefront in September 2020, smoking meat was a hobby for Carl, who married Maai in 2016. But if he wasn’t smoking meat, he says he was thinking about it, even at the office.

“I used to sit at a desk … the whole time, I’m telling my boss, ‘I want a barbecue business,’” he says of his lifelong dream.

It was a dream Maai believed; she pushed Carl to quit his job while she worked for Deaconess Health System. Carl agreed, even getting a tattoo of the restaurant’s name before they ever began catering events in 2017 and serving lunch at Henderson Community College in 2018.

“When you have passion and a dream, you have to believe in yourself first before somebody else believes in you,” Carl says. “This was my motivation. I can’t have the tattoo and not be about it.”

As for motivation for the future of the restaurant entering its second year of operation, Maai says her own Taylor’s Grill tattoo is “coming next.”