Waiting for a table with more than 200 other restaurant patrons at modern brasserie Francie in the Brooklyn borough of New York City, you may notice familiar names have reserved seats at the bar: Two are for fashion designer Halston, and another pair for Van Halen’s David Lee Roth. These famous Hoosiers won’t be dining with you — the signs are how owner and Evansville native John Winterman stays connected to his Indiana roots.

“The restaurant has a very comfortable vibe to it,” says fellow Evansvillian Tim Roe, who visited Francie with his wife Jennifer and their two children in June. “The food was fantastic.” 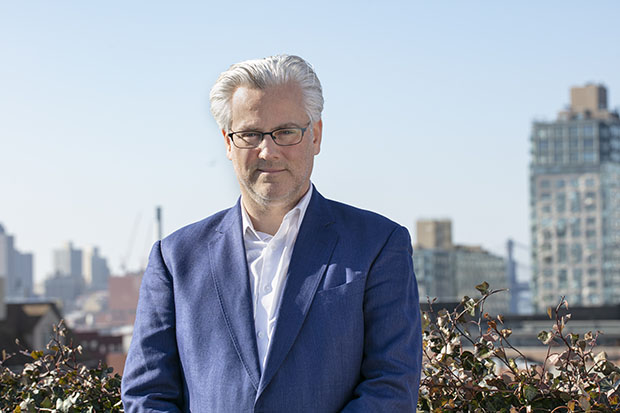 Roe met Winterman as a teenager through mutual friends and has stayed in touch through the years. He also dined with his family at Winterman’s first French-inspired restaurant, Bâtard, in 2019.

“When John was opening a new restaurant, I told him I was going to come eat,” says Roe. “My favorite part was seeing John in his element. He is built to be in the restaurant business.”

Winterman had a long journey from the Tri-State to Brooklyn. He grew up with a taste for Tri-State favorites such as Roca Bar’s Italian salad and Hilltop Inn’s brain sandwich that he still carries with him. The 1988 Castle High School graduate got his first real experience in the industry as a busser at a now-closed establishment in Breckenridge, Colorado, where he moved after receiving bachelor’s degrees in English and history from Indiana University in 1993.

He went on to work at Chicago’s Charlie Trotter’s restaurant in 1994 (becoming dining room manager in 1998) before moving into the world of French cuisine. He became a maître d’hotel at Gary Danko in San Francisco in 2001 and relocated to New York to join Restaurant Daniel in 2005 before opening Bâtard in 2014.

In 2019, Winterman left Michelin-starred Bâtard and joined fellow Michelin star chef Chris Cipollone to create Francie. The duo named the restaurant after the protagonist of Betty Smith’s semi-autobiographical novel, “A Tree Grows in Brooklyn.” Smith’s granddaughter even sent Winterman a message of encouragement during the restaurant’s openings.

“The book’s overall theme is about growing something from nothing,” he says. 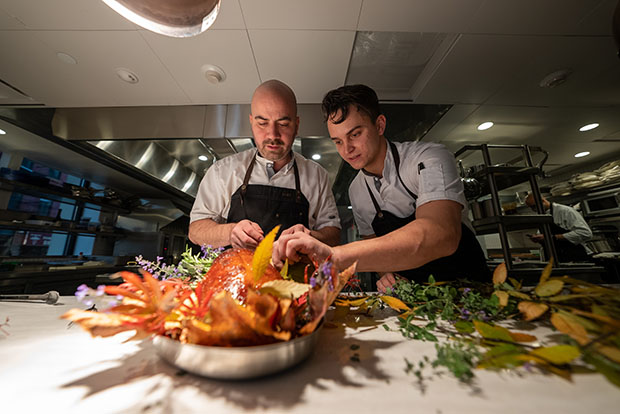 ▲ Chef Chris Cipollone and his staff hand craft their Michelin-starred dishes down to the last detail. Serving an array of starters and main courses including côte de bouef and dry-aged crown of duck, Francie often has a 200-plus person wait list each night.

When the city shut down in March 2020 in response to COVID-19, Francie was under construction. In December 2020, it opened and had seven nights of service before another lockdown took place.

It wasn’t until Feb. 17, 2021, that Francie reopened. In April, Winterman and Cipollone were notified Francie would be getting a Michelin star, a secret they kept until the official announcement in May. The designation — awarded to seven New York restaurants in 2021 — breathed new life into Francie, counteracting the weight of its delays.

“I didn’t really consider myself having made it big,” he says. “I think what (Chris and I) have done is really an expression of our gained and shared experiences and what we think a restaurant can be like. And we feel like we present a product and a style of service in an atmosphere that people want to be in multiple times a month.”