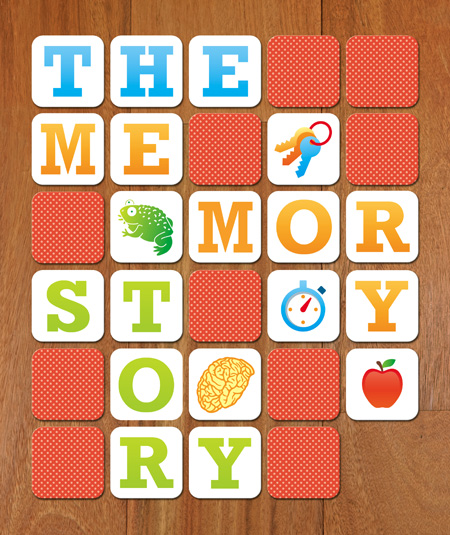 I remember the day I thought I was losing my memory. I couldn’t spell “toad,” a deceptively simple word. I tried, “tode,” “toed,” and “told.” Fail. Fail. Fail.

Considering I earn a wage writing, this was a disturbing circumstance. Expecting the worst, I scoured the Internet to determine what malady might have caused my spelling gaffe and memory blockage, but memory issues were too complicated to self-diagnose.

I was concerned. Shouldn’t a man in his late 20s remember how to spell words in his native language? Come to think of it, why do I misplace my car keys so often? And why am I forgetting about scheduled interviews?

So I began a journey to understanding my memory: What are memories and how long are we allowed to keep them?

The science of memories is complex, so complex that professionals dealing with a person’s ability to remember shudder at the subject. Dawn Westfall, a speech and language pathologist at HealthSouth Deaconess Rehabilitation Hospital, is one such professional.

Westfall works with patients daily on their memories. Her patients have had strokes, suffered from multiple sclerosis, or experienced an accident that caused a brain injury. The reason medical professionals struggle with quick, easy fixes for memory issues is the same reason Westfall shudders. “Memory gets very complex with the brain because memory is a process,” she says. “It uses almost all areas of the brain.” The hippocampus is one part of the brain that receives much credit for the memory process, and while it plays a role, forget that notion. When it comes to the brain, memory is a group activity.

The memory process begins with input — people touch, hear, see, smell, and taste. Then, they have to store it. “The key is to (store information) in a very organized fashion just like if we talk about storage in a garage,” Westfall says. “If we put all our car parts on one shelf and all of the car cleaning supplies on another shelf, we’re going to be able to locate that information a lot faster than if it looks like my garage at the time where everything is just kind of everywhere.” Ditto for brains. You have to organize your memory.

Making these types of memories is an active process, but other types, not so much. For example, Nannette Stump says, “There’s memory that is a very fixed memory, a memory that I often think of as automatic — as in everybody knows their birthday, they know their social security number, they know their phone number. Those are very atomized kinds of memory. It tends to be a fairly fixed memory.”

Stump is a psychologist at St. Mary’s Medical Center. She deals with patients undergoing “psychological issues related to medical events: brain injuries, spinal cord injuries, strokes — anything that would land somebody in a hospital,” she says. Many of her patients experience some sort of memory deficit.

She helps people deal with other types of memories, including the procedural kind such as “how to feed yourself, how to ride a bike,” says Steve Fosnaugh, a St. Mary’s speech and language pathologist. “Some of those (memories) stay with people, often times even in a disease where what you did this morning is often gone. People need to understand that there’s all different types of memory, many types.”

But the types of memories Stump and Fosnaugh help patients with most often are the same kinds of memories Westfall talks about and the same types people without medical complications need help with.

Let’s say you have a “bad memory.” You frequently misplace your car keys or forget about scheduled interviews. What can you do?

“To say you have a bad memory is like saying that you have a bad car,” says Westfall. “If I said I have this bad car that keeps breaking down, my whole car is not breaking down. There’s a component of my car that’s making my car not function properly. That means that I have a component of my memory that’s not working properly and causing my memory to not function well.”

What can someone do to improve a memory then? Numerous self-help books exist for memory improvement, and many help only certain aspects of remembrance such as storage — our ability to keep memories. Oftentimes, storage isn’t the part people have difficulty with. The problem: Brains are pulled in different directions — 10 a.m. meetings, 4 p.m. kids’ soccer practices, 7 p.m. dinner dates. People can’t remember all these events because they never focused on them in the first place.

What usually ails people with “bad memories” is attention. “Attention plays a huge role on memory,” Westfall says. “The type of attention that I am talking about is the brain’s ability to lock in and focus. To be able to stay focused for a long time, we call that sustained attention.” If you pay attention to what is happening, it’s the first step to remembering.

Every day, stronger evidence pops up that perhaps your brain doesn’t have to degrade slowly over time, losing neuron after neuron. So strong is the evidence that a multimillion industry of memory-improving software exists. Also championing the research is Oprah’s former health guru, Dr. Mehmet Oz.

But memory-improvement exercises need not be so specific. “Computer games, (video games), and all kinds of apps out there are designed to stimulate the brain,” Westfall says. “Then you have the old fashioned games. There’s Scattergories and card games that are all designed to cause that brain to focus and use attention and use memory.” Reading, eating right, and physical exercise also keep the brain sharp.

And other times, emotions or fatigue hinder the ability to remember. “There’s just a lot of things that often people don’t take into account when they say, ‘My memory’s bad,’” Fosnaugh says. “Have they been sleeping? They say, ‘No, not well.’ Well maybe that’s not just the memory. Maybe, it’s environment or stress.”

Fosnaugh didn’t have a diagnosis for me. He didn’t even know I was worried about my memory, but his answer was sweet relief. My memory wasn’t unexpectedly deteriorating at an early age. I simply was maturing and making decisions with graver consequences.

That reason, more than anything else, is why most people feel like their memory is worse now than it was 20 years ago. As we age, there’s more to store and more distracting us from storing it properly. So by the time you finish this article, you may have “forgotten” what it was about because maybe, while you read it, you thought about what to prepare for dinner or you worried about the big project due at work in a week or you wondered where your keys were.

But if you slow down and focus, you may remember yet.
Also, check the couch for your keys.