In my humble opinion, Holy Rosary School stages the best Christmas pageant ever in its annual Advent Program. Each year, the classic Christmas pageant (directed now by music teacher Ann Nagy and a team of teachers and parent volunteers), is told through music and a play that the entire school — students in kindergarten through 8th grade — participate in. Eighth graders stand with kindergartners dressed as shepherds; fourth graders play their recorders; the band plays the prelude, every grade sings, and an enthusiastic student can play an angel and a cow! Eighth graders act in the play, which is sure to feature fun and silly scenes, as well as the Christmas message, of course. This year’s program, “The Mystery of Simon Shepherd,” included plenty of the usual puns relating to animal sounds, “baaad” and “mooove,” – illiciting lots of chuckles. 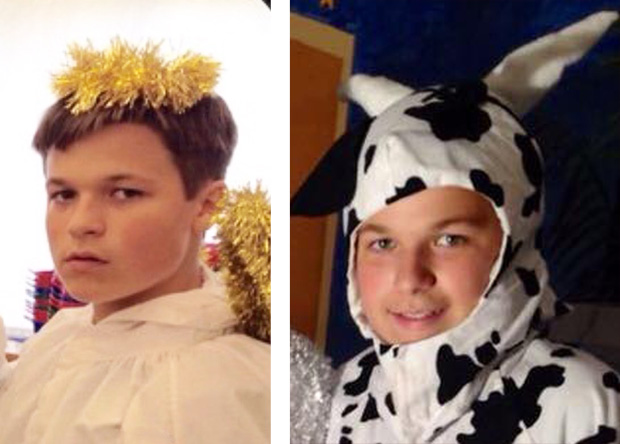 The Advent Program is a fully staged production; indeed Carson Bitter of Newburgh even had to change costumes — from Angel Gabriel to the manger cow. His parents, Derek and Sandy, said they thought he enjoyed playing the cow best. Carson’s older brother, Griffin was in the program two years ago.

The finale features the entire school and a tear-jerker. This year children presented cards to the guests. 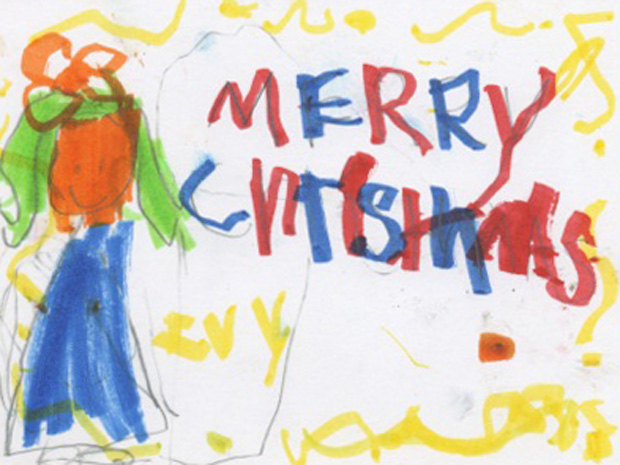 As for my track record of attendance, I know larger families who have strung together attendance records of 20 years — because it is the best Christmas pageant ever!