Outside of Florida, where we have vacationed for years; Iowa, where I as born; Kentucky, where I went to college; and Tennessee and Georgia, where we have had relatives living, Wisconsin is the state I have visited regularly, mostly to produce travel stories for Evansville Living. The Badger State is known for many things; among them cheese, beer, and football — and supper clubs. While the term “supper club” is not indigenous to Wisconsin, few other people embrace it with such enthusiasm and reverence. A late summer trip to Elkhart Lake, Wisconsin provided me the opportunity to inquire what defines a Wisconsin supper club. Kathleen Eickhoff of Elkhart Lake Tourism is an expert on all things Wisconsin; here is her paraphrased description.

First, in Wisconsin children can be with their parents in bars. Supper clubs are family destinations and typically are located on the edge of small towns. They always feature a very large bar. The family arrives to the supper club at about 5 p.m. and goes to the bar first. At the bar, the adults order cocktails. The Old Fashioned — made with brandy, sweet or sour — originated in Wisconsin. Children may remember getting Shirley Temples. There is a minimum 60-minute seating period in the bar; more drinks can be ordered. When the family is seated for dinner an hour later, a large relish tray will already be on the table, and their dinner — high quality, home-style entrees — comes out in courses. Of course, more cocktails can be ordered. Supper clubs often feature live music, especially on the weekends, and dancing. 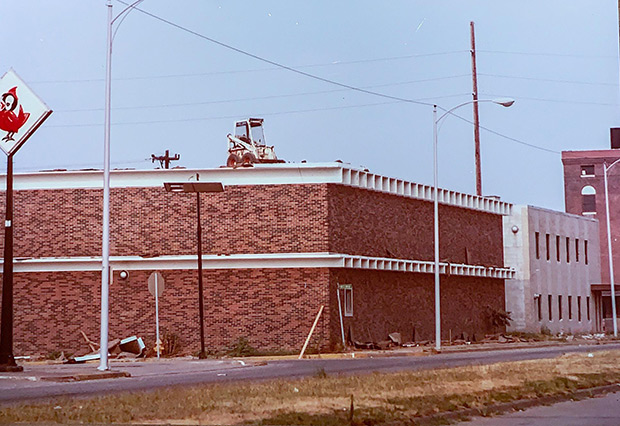 If the scene at supper clubs sound familiar to folks in Evansville, it is because the River City was home to several legendary supper clubs. First, Pal’s in the 1960s, and then Pete’s Supper Club, its successor, which was open from the late 1960s until the early 1980s when the Lloyd Expressway was built. The Evansville Kennel Club, closed just two years ago, was considered by its members to be a supper club.

Next, I’ll take a look at the history of supper clubs in Evansville.