Sitting on an overturned white crate in the studio space of his Downtown apartment, artist Drew Cooper reflects on the path that led to his show at the Arts Council of Southwestern Indiana from Jan. 15 to Feb 12.

While this was his first solo gallery, Cooper already had made a name for himself across the world, moving to Miami in 2016 and Los Angeles in 2017 before returning to Evansville in December 2019.

The Fort Branch, Indiana native has sold pieces to customers in Taiwan and London and created murals and merchandise for companies such as Porsche, Puma, Adidas, Vans, Mountain Dew, Coach New York, and Nipsey Hussle.

“To this day I don’t even know how [Nispey] got my email,” says Cooper of the late rapper.

The 28-year-old artist was commissioned by Nipsey to paint his signature wildflower on the basketball court of the rapper’s former school, 59th Elementary in LA, as part of a charitable giving campaign.

“For me, being in LA around bigger artists helped me open my mind to help me say, ‘I can really do this,’” says Cooper. “For 2021, I think I’m going to start out in such a good headspace. I was nervous to leave LA, but I have a lot coming up and starting the year off with my first solo gallery is really exciting.”

Cooper’s passion for art began when he was seven years old, preserved forever in an old sketchbook with the prophetic message, “I want to be an artist when I grow up.” 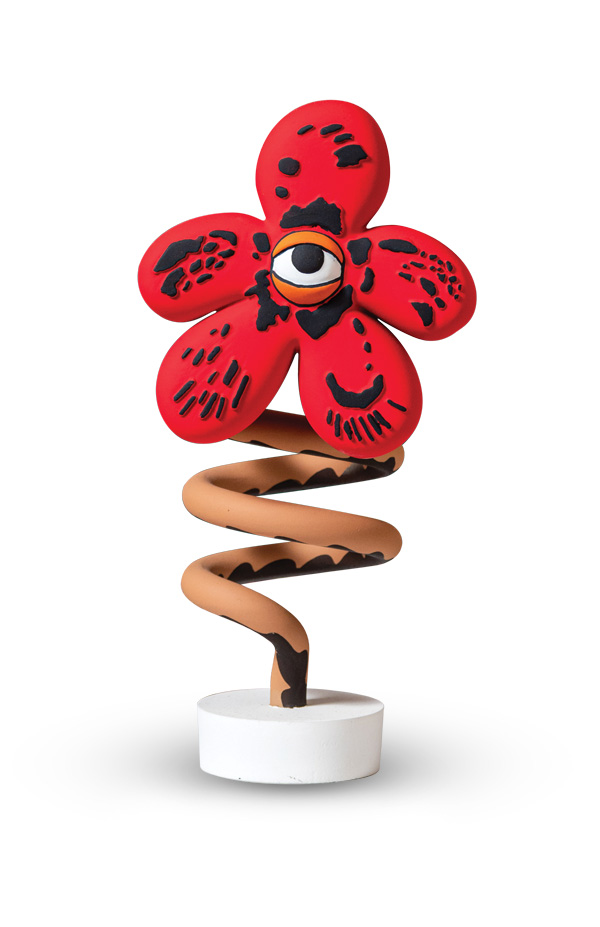 Creating a funky streetwear style and rich still-life paintings, Cooper’s goals for the future echo the past. He’s focused on solidifying his brand with his second designed sock and expanding mediums through a mural at Mo’s House in Haynie’s Corner and new wildflower sculptures releasing in 2021.

The wildflower — with diverse colors and stark eyeball center — is Cooper Art’s logo, something he wants people to recognize as his without seeing his name on the art. Mirroring this brand image, Cooper’s business and passion have survived humble beginnings and a pandemic.

“The idea of a flower was appealing — it can grow out of concrete or anywhere and thrive,” he says. “I relate to that. I felt like I had this vision and I had to make it come to life no matter what.” 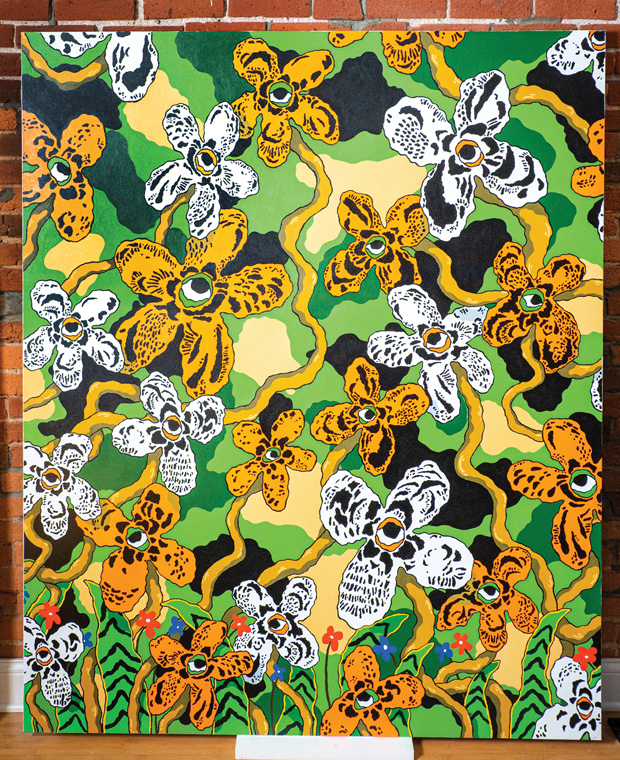