Residents on the East Side of have been intrigued for several years by the urban foxes setting up dens in our neighborhoods.

Since the largest tract of virgin forest located inside any city limits in the U.S. — Wesselman Woods Nature Preserve — is nearby, and the Evansville State Hospital grounds across the Lloyd Expressway, wildlife has a virtual gateway to my street, Lombard Avenue. 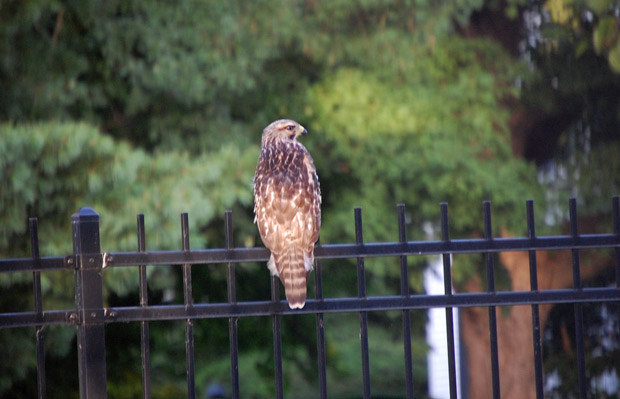 A pair of red-tail hawks have taken up domicile, a very large groundhog, and now, foxes are calling the corner of Lincoln and Lombard avenues home.

Last week, the gigantic groundhog was spotted slipping in the storm sewer. It’s the storm sewer that is providing two foxes — a very mangy fellow and his better looking comrade — a route under the street to our neighbor’s yard. 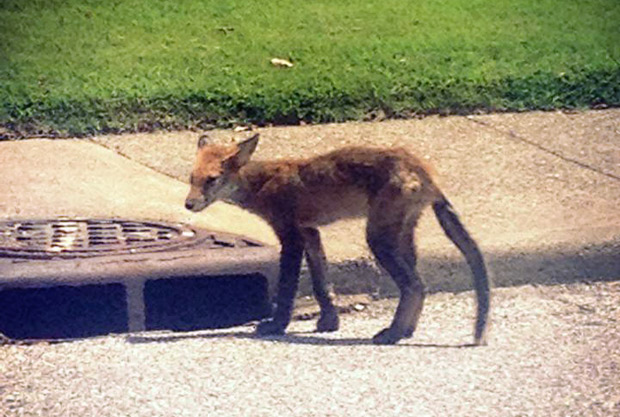 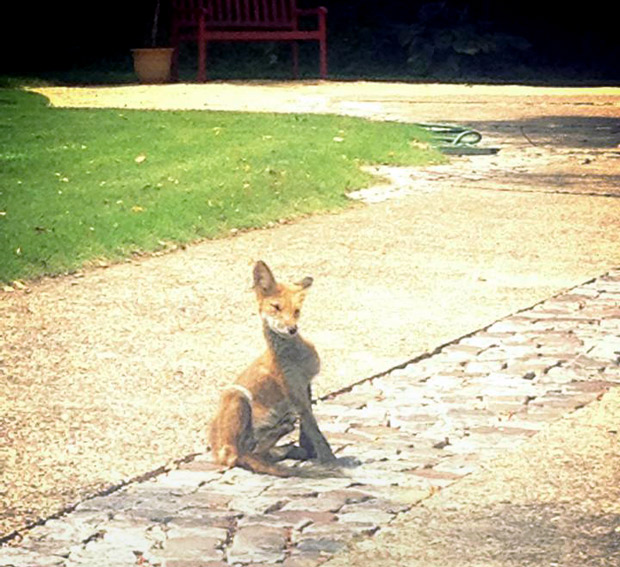 We’d had glimpses of the fox for a few weeks. Imagine our surprise when my family saw a woman placing a dog food bowl in our yard – leaving food out for the fox!

Dr. John Scott Foster, executive director of Wesselman Nature Preserve, says, “Foxes have discovered that the mature landscaping, big trees and kids at school all day in the suburbs of Evansville, and have found it filled with tasty mice, squirrels, voles and the like – it’s a wonderful place to live. They are street smart and happy to be here and aren’t going away.”

About the dog food, Foster cautions: “Don’t leave your dog or cat food outside and if you think they are getting too close (they won’t let you get close enough to catch them) spray them with a hose. Problems will only arise when people feed them (on purpose or not) and the foxes start to associate people with food. As long as that doesn’t happen, they are a wonderful addition to the squirrels, raccoons, possums, skunks, occasional coyote, deer and the like that end up in our back yard.”