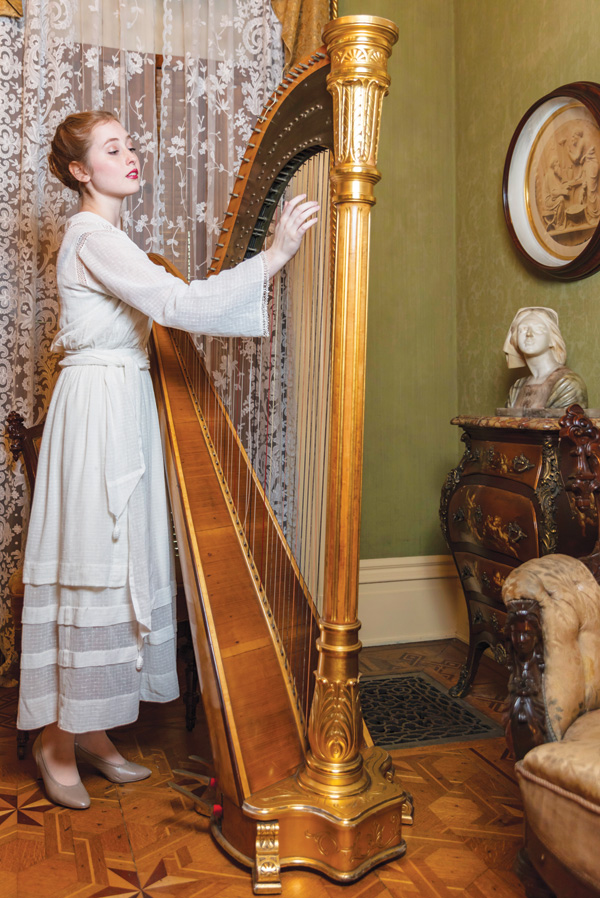 Cloche hats and drop waist dresses had a turn in the spotlight once again during a collaborative photography project shot at the Reitz Home Museum in April for the University of Southern Indiana.

The project, which involved local Evansville photographers and USI students, was inspired when photographer Tom Barrows noticed a display of vintage dresses at USI’s David L. Rice Library. The clothing once belonged to and was worn by Evansville resident Evadean Gordon, who donated the collection to the library.

“My favorite part of the project was when the owner of the fabulous dresses, Evadean, joined the girls around the piano,” says Jill Osterhage, one of the project photographers. “As a small child, I always admired vintage images while looking through my grandmother’s old photo albums.”

Through the photo shoot, Gordon’s clothes again were brought to life, using the setting of the Reitz Home Museum complete with props of roasted chicken, an apple pie, fresh bread, and eggs.

“One of the things included from the start was to somehow involve Evadean in the process, at least to let her see the girls in her old outfits,” says Barrows. “It worked out even better than expected, and we even arranged to include her in some of the shots.”

The team of four photographers and the USI Theatre department brought together five models, a stage director, and makeup and hair assistants for the shoot. The photos eventually will by used by USI to catalog the clothing in a more realistic and appropriate way and by the Reitz Home Museum for promotional purposes. 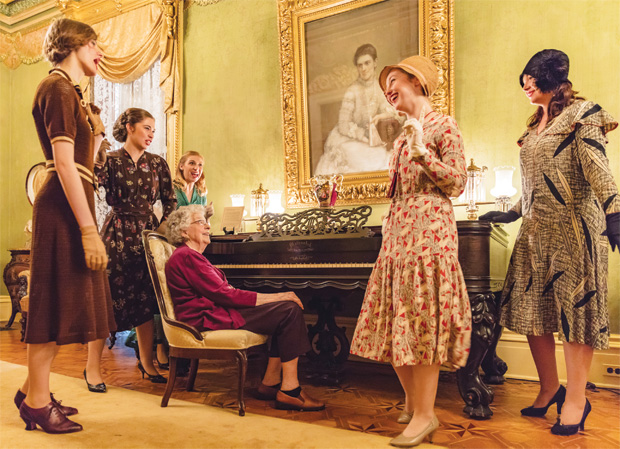 ▲ Evansville native Evadean Gordon, above center, donated many of her vintage dresses to the University of Southern Indiana’s David L. Rice Library, inspiring a collaborative photography project. Local photographers and USI students came together to give Gordon’s clothing a second life, using the Reitz Home Museum as their backdrop for the shoot with four wardrobe changes for each model and various props.