The next time you emerge from the sharp S curve on North Boehne Camp Road, cast your gaze west to the stately building perched alongside the street.

In a neighborhood of traditional farmhouses and classic ranch-style homes, this red brick block stands out as a curious attraction. It predates most of the surrounding structures, yet its interior is thoroughly modern. After undergoing a renovation and beginning a new life as a handful of condominiums, the building — in spirit and in title — is indeed The Restoration at Boehne Camp.

The condominiums were originally part of an administration building constructed in 1938 for the Tuberculosis Sanitarium, which opened in 1908. After being renamed Boehne Tuberculosis Hospital in 1924, the site was closed in 1965. When no permanent use was found for it, the hospital building was razed in 2000. 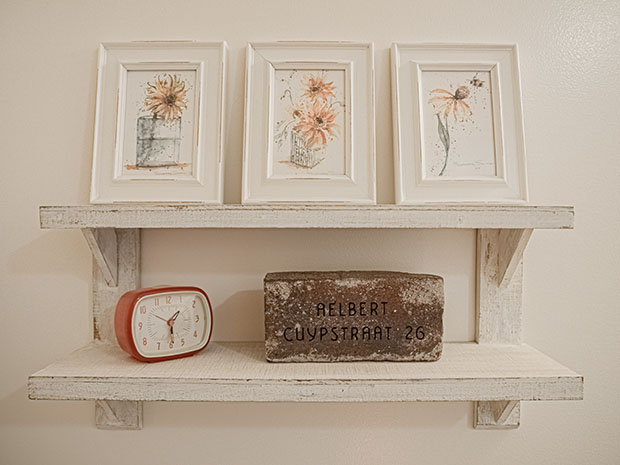 ▲ The modern aesthetic in a historic building is what attracted residents Hetty Sloots and Peter Vollenberg, who moved into their second-floor unit early this year and dressed it with sentimental pieces, such as a brick from an old family home.

For years, the brick administration building sat vacant and alone on the west edge of Evansville. Then came Scott Anderson.

A historical architecture buff acclaimed for his preservation work on Evansville’s General Cigar Building, Old Post Office, and old jail and sheriff’s residence, Anderson was intrigued by the prospect of tackling a residential, rather than commercial, renovation project. And since the administration building’s upper level had once housed dormitories for staff of the tuberculosis hospital, converting some of the space into residential units wouldn’t be as much of a stretch. 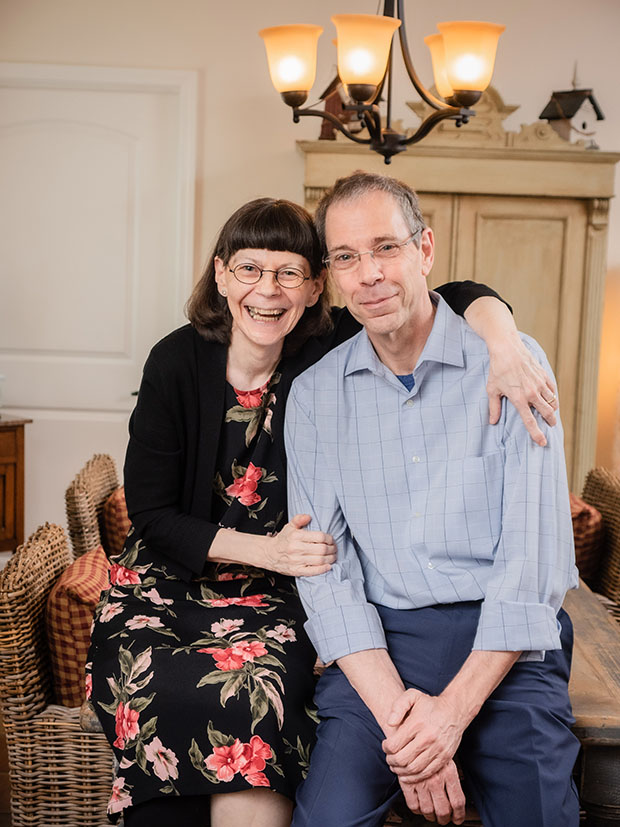 “My wife and I liked this building and grounds and decided it would benice to live in a repurposed historic building,” he says. “It contained housing for hospital employees previously, so it was easy to convert it into the five apartments that we have now.”

The Andersons purchased the 5-acre property, which includes the former caretaker’s house, in 2008 and began renovating it soon after. Midwest Contracting spearheaded the project, with the Andersons pitching in with the demolition, drywalling, and painting.

“We removed all the non-load-bearing, glazed block walls on the first and second floors so that we could create larger, more attractive living spaces,” Anderson says. “We installed new electrical and plumbing and added an elevator.”

Four 1,600-square-foot condos were plugged in — two on the ground floor, two on the second floor. Durable bamboo flooring was installed in the living rooms, dining rooms, and hallways, with Mexican terra cotta tile set down in the kitchens. Each condo comes with two spacious bedrooms, an in-unit laundry room, and two sizable full baths, including an impressive master suite with private bath and walk-in closet. A balcony extends from each living room.

For all its cutting-edge appliances, updated plumbing and electrical, and open design, the building still exudes its original charm. That’s what drew Netherlands natives Hetty Sloots and Peter Vollenberg to The Restoration at Boehne Camp. Off-and-on residents of Evansville since 1996, the couple enjoy mixing modern features with older structures.

While living in Glenmont, New York, in 2020, they learned about the home of Peter’s coworker, who lived at The Restoration. Intrigued, they reached out to Anderson, who shot a video from his phone of an available condo unit. Sloots and Vollenberg said yes and met their new home for the first time while moving in early this year. 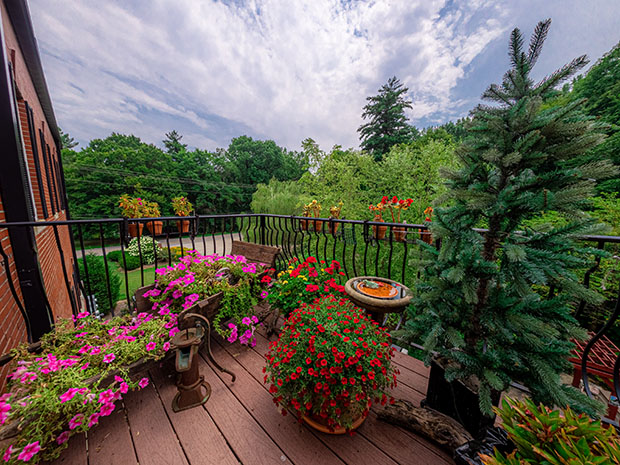 “When we moved back to Evansville, we were looking for an apartment to rent until we found a house. We were very lucky to find The Restoration on the West Side,” Sloots says. 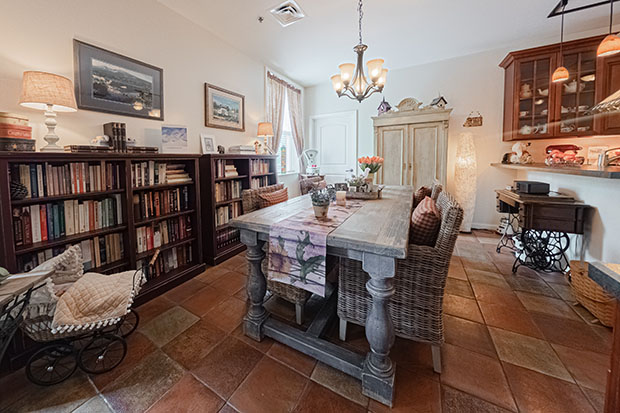 The Andersons have opted to live onsite full time, building their own 3,200-square-foot apartment, complete with sunroom and patio, on the upper level of the building’s west side. They moved into their custom condo in 2010.

The ground floor still houses an auditorium, which René Anderson uses for storage for her small business, Emporium Plants, Gift Baskets & Boutique on Mount Vernon Avenue. The basement formerly housed a bakery, kitchen, cold storage, and laundry facilities. Now, it’s used as tenant storage, a maintenance shop, and a kitchen for Scott and his friends to craft beer and wine. Each resident has a private garage in the detached building to the northwest.

Although renovated for the 21st century, the property still harbors secrets. The administration building was once designated a local fallout shelter; Scott says a marker noting that designation was found in the basement during renovations.

The Andersons are engaged innkeepers, performing the property’s groundskeeping and beautification duties. The couple crafted a boulevard entrance off Boehne Camp Road on the building’s south side and installed within it a pergola, fire pit, and patio. René has added an apiary and a certified wildlife habitat.

“We love living in the historic building with lots of character,” Sloots says. “Thanks to visionaries like Scott Anderson, beautiful buildings with a story to tell are saved.”