Who are the Southern Indiana Paranormal Investigators? 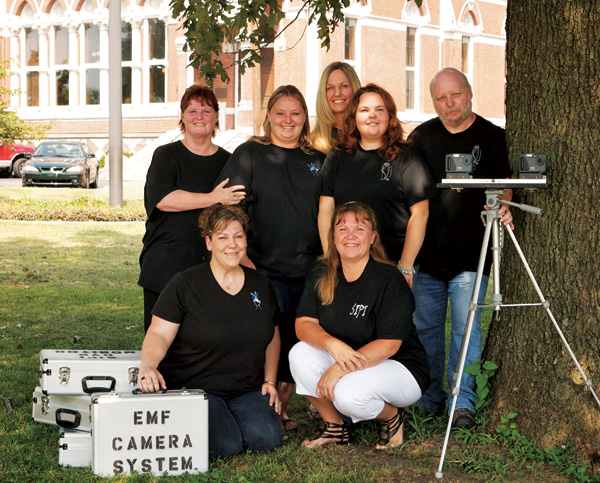 When Billy Miller was nine years old, his parents left the care of their only son in the hands of his two older sisters. As the siblings played on the porch of the more than 150-year-old Indiana farmhouse, Miller heard a crack inside. Through the large window in the front door, Miller saw a young woman — “as solid as we are,” he says — in a white dress walking down the steps of the empty house. When she reached the bottom, she vanished: an apparition, Miller believes, of a woman he later learned had died in the house after she fell down the stairs and broke her neck. That moment instilled Miller’s curiosity about the paranormal, and in 2000, he launched the Newburgh-based Southern Indiana Paranormal Investigators.

Ten years later, Miller, who has had numerous careers including an EMS first responder, has assembled a 15-member bunch of psychiatrists, nurses, and hospital workers who share a fascination with the paranormal. The team members, holding titles such as equipment tech and electronic voice phenomena specialist, use a smorgasbord of high-tech equipment found in electronics stores
to investigate the great beyond.

This Halloween weekend, they’ll perform a three-day investigation at the Willard Carpenter House. Completed in 1849, the building — once home to Evansville philanthropist Willard Carpenter and now the offices of local public radio and television station WNIN — long has been rumored as haunted grounds. The group’s work isn’t busting ghosts or banishing apparitions, though. Most people who ask for an investigation, he says, want assurance they’re not crazy. Miller encourages those who co-inhabit a space with apparitions learn to live with them.

To follow Miller’s findings on the Willard Carpenter House, visit his blog, millersspooks.blogspot.com.