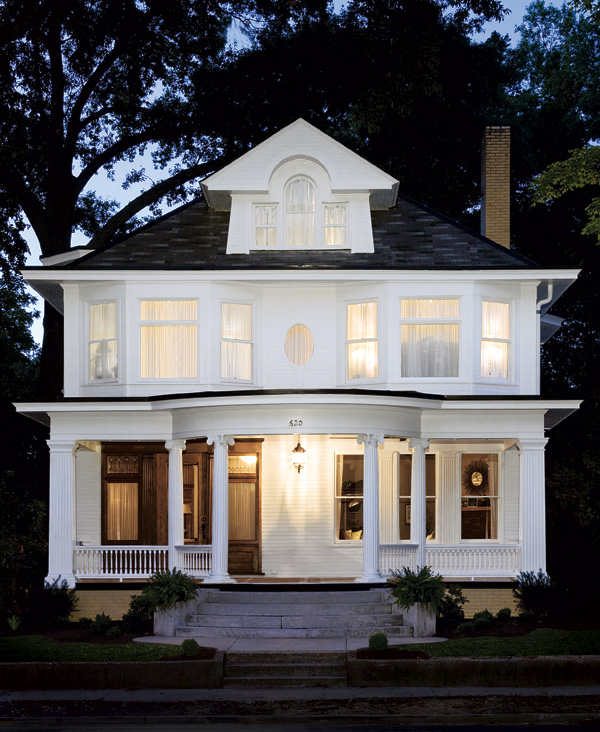 Every two years, a new Idea Home took shape throughout the Tri-State, and its popularity caught the attention of Mayor Jonathan Weinzapfel, who asked Evansville Living President Todd A. Tucker, “Why not Downtown?” Weinzapfel saw the project as an opportunity to help revitalize the blighted Washington Avenue Historic District. In 2009, Tucker and Weinzapfel visited abandoned homes with Mike Martin, owner of Architectural Renovators, well-known for transforming buildings and homes in Evansville into ultramodern masterpieces. They chose a Colonial Revival home, built in 1906, at 620 Washington Ave., once part of a majestic corridor filled with beautiful, stately residences.

Stewart Sebree knows the home well. In 2007, Evansville Living interviewed Sebree after Indiana Landmarks named the area on its “10 Most Endangered” list. Though the nonprofit organization works to save the Hoosier state’s historic structures, Sebree,  director of the group’s southwest field office, recognizes saving these houses helps both community revitalization and preservation.

Evansville Living, the City of Evansville, Indiana Landmarks, Fifth Third Bank, and the Junior League of Evansville present this year’s special 2010 Evansville Living Downtown Idea Home. Sebree says, “It’s about making an investment that will lure homebuyers who may have been reluctant before to move into the neighborhood.”

Be sure to check out our special Idea Home section in the September/October 2010 issue of Evansville Living for additional stories, exclusive photos, sponsor information and much more!