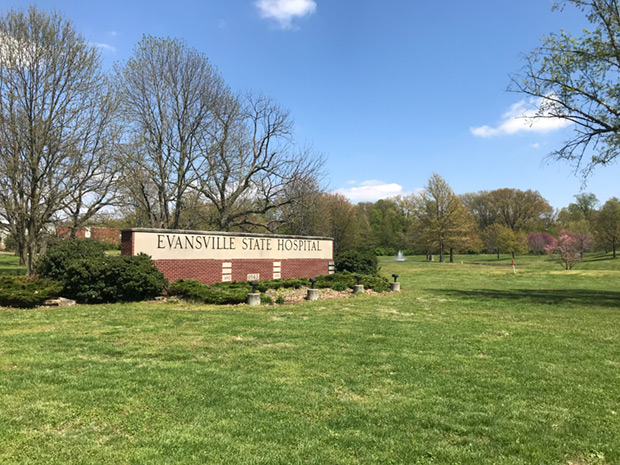 For as long as our family has lived in our house, we announce to one another sometimes several times a day, “I’m going across the street.” During our coronavirus quarantine, this announcement has been made even more frequently. Our across-the-street neighbors Tom and Donna are wonderful, but we’re not visiting with them several times a day; nor are we seeing our catty-corner neighbors Chris and Siobhan, who are equally wonderful. Where we are going now when we make this announcement is the “park” — the Evansville State Hospital grounds directly across Lincoln Avenue from our house. 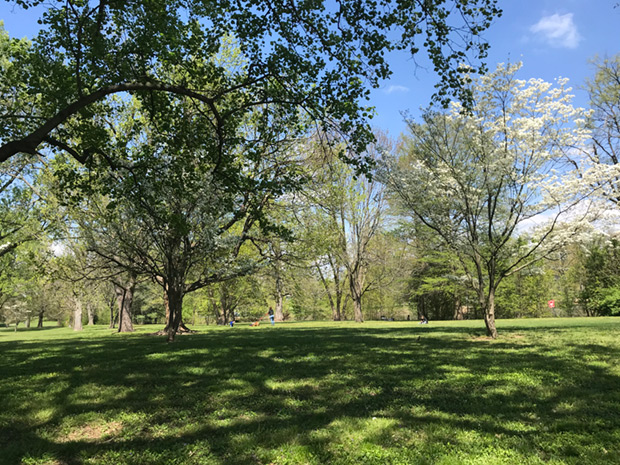 ▲ The vast grounds of the Evansville State Hospital have grown even more popular for families to visit during the pandemic.

My sons grew up playing on the grounds of the Evansville State Hospital. They know all the nooks and crannies. Maxwell remembers some of the original buildings; the last were torn down in 2008. On a recent walk with Maxwell and our family dog Jed, Max showed me a small ravine sloping down from behind the Eykamp Scout Center toward the baseball park along Vann Avenue. During 7th and 8th grade cross-country practices held on the grounds, the boys would duck into the ravine to lighten their training load.

In 1883, the Indiana General Assembly authorized the construction of the Southern Indiana Hospital for the Insane. The hospital was built on 160 acres of land on Newburgh Road, now known as Lincoln Avenue. The first patients were seen in 1890. The campus quickly expanded, eventually holding nearly 900 acres of what is now the East Side of Evansville, including the land eventually repurposed for Roberts Stadium, St. Mary’s Medical Center, and Wesselman Woods Nature Preserve. Using patient labor, the hospital staffed a working farm, including dairy cows, poultry, and an orchard. Due to stigma, early staff unofficially took to calling the facility Woodmere, meaning “tranquility in the forest.” 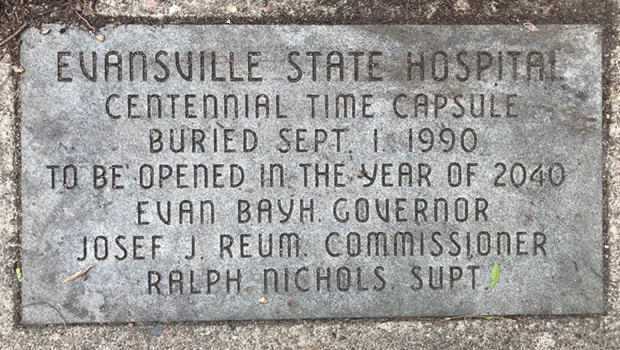 ▲ My kids discovered some of the secrets of the Evansville State Hospital growing up, like this plaque marking a time capsule buried in 1990 for the hospital’s centennial. It is to be opened in 2040. 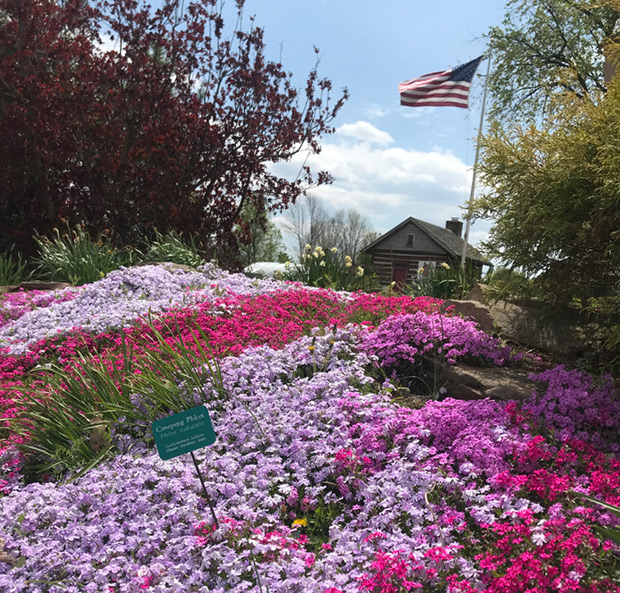 ▲ The Evansville State Hospital grounds are home to the Display Garden of the Southwest Indiana Master Gardener Association.
Share
Facebook
Twitter
Previous articleSelling Our City
Next articleThrough the Lens