How many light bulbs does it take to go green at Carver Community Organization’s neighborhood center? And how much can you save on electric bills there by installing rooftop solar panels?

While David Wagner didn’t have all the answers, Carver’s longtime executive director was happy to turn these everyday problems into a student-led project, working with the University of Evansville’s community change maker program and winning a $90,000 state grant for his agency.

Providing “real-world learning experiences” for neighborhood youth is what Carver does.

“That’s in our DNA,” says Wagner, recalling how the 75-year-old African American-led and United Way-supported local agency started across the street from the then segregated Lincoln High School.

Back in 1944, Carver started off as a United Service Organization (USO) center for black soldiers and their families during World War II, but mentoring youth always has been at the heart of its work. George Flowers, the longest serving board member at Carver and retired Evansville Fire Chief, says he’s the “proof in the pudding” that mentoring programs work. Flowers remembers how at 15 he was running around with a crowd of older boys and getting into trouble when the youth director pulled him off the streets.

“I was given a safe haven, and people showed me they really cared,” he says.

Both Wagner and Flowers belong to the time-honored tradition of being “Carver kids” — they grew up in Evansville, hung out, had fun, learned new skills, and found guidance from Carver’s volunteers and staff. They then went off to pursue their dreams. Later, having succeeded at careers, they returned as mentors for the next generation of Carver kids. 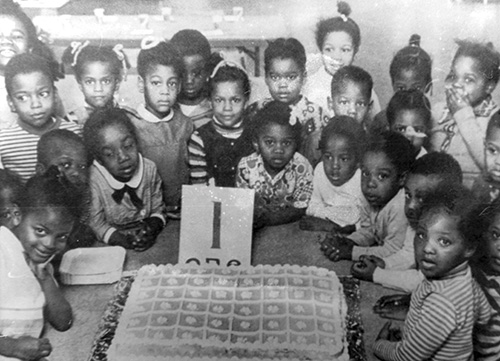 Wagner also is reaching an important milestone. In three months, he will complete his 30th year as top executive of the Carver organization. He came back to his hometown — straight out of Indiana University, Bloomington, Indiana, with a newly minted business degree — to work as educational coordinator when his mentor and predecessor Vera Cooper retired.

He felt it would be a short stint, but in 1989, he was given the opportunity to step into the top post. It was during Carver’s difficult middle years when it was the major leaser of space at the city’s C.K. Newsome Community Center.

“We’re really blessed to have had David step into the leadership role of executive director,” says Flowers. “He took us from leasing space at the (city-run) community center to renovating and owning our own building and then coming up with a second building.”

That second building is the Carver Senior Center, across a wide parking lot from Carver Neighborhood Center at 400 S.E. Eighth St. in Downtown Evansville. While the area around these facilities continues to change, Carver’s youth and family programs have stayed relevant through continuous improvements that include after-school computer labs, a fully equipped TV production studio and new print shop, along with its classroom wing for day-care services.

Diana Wilderman, vice president of commercial sales at German American Insurance, recently became the new board president. She feels Wagner’s vision and endless energy, along with the professionalism and innovative spirit of his staff, have been key to the organization’s success.

“David is the lifeblood of the whole organization,” she says.

One reflection of Wagner’s work and dedication to the Carver community came this year in the form of the 2019 Governor’s Award for Achievement in Health and Wellness. Awarded during a reception in Indianapolis in July, the award celebrates the recipient’s commitment to the physical and mental wellness in their community. 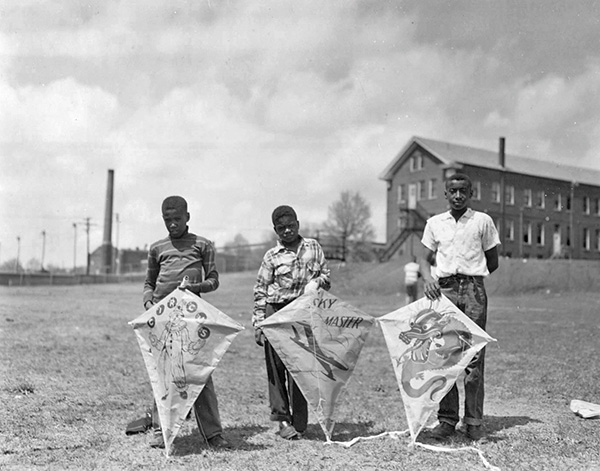 ▲ Three children of Carver gear up to fly kites near the former community center building on Lincoln Avenue.

Wagner relies on “doing the research and staying abreast of high-priority issues, and then when we see the needs, we can address them,” he explains. And by being a community-led and independently owned organization, that means moving quickly and “adding some local flavor” to get new programs launched.

Take, for instance, Carver’s move to bring the AARP Foundation’s Experience Corps program here. It provides local senior volunteers with intensive training and support, then pairs them with elementary grade students at six local schools. Teachers at the schools identify which students are struggling and reading below their grade level, and then seniors give these students year-long extra attention and practice in a quiet room away from their classroom so they can improve, step-by-step, until their reading skills come up to par.

“The volunteers are so compassionate, and they interact well with the kids on a one-on-one basis,” says Lonita Bennett, program manager for Experience Corps at Carver.

Each time a child completes a book assignment with a tutor, they are given the book to take home. Eventually children will earn “a whole library of books,” says Bennett. Volunteers include accountants, pastors, nurses, grandmothers, and teachers, ranging from 50 to more than 80 years old.

AARP Foundation partners with 25 organizations nationwide — mostly in larger cities. According to the foundation, research shows children who aren’t reading at grade level by fourth grade end up four times more likely to drop out of school. 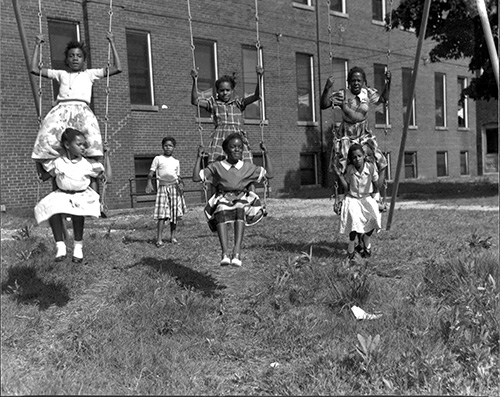 The mission of the program is to allow volunteers to “provide the life experience.” Carver is the only group in Indiana to offer this program, notes Bennett. She adds the only other Midwest site is in Chicago.

The partnership between Carver and AARP “is such a great fit because Carver has always been about servant leadership,” says assistant program manager Keely Griggs.

For teens, Carver provides Saturday learning sessions led by students and faculty from UE, the University of Southern Indiana, and Ivy Tech.

Wagner jokes how “having all the right stuff,” whether it is new computers, a science lab, or TV studio, helps to attract today’s teenagers. But just as important are their visits with volunteers in Evansville’s work-a-day world, as when the teens who’d designed sneakers at Carver later got to meet with a marketing executive at Shoe Carnival.

What’s next? Well, in terms of energy savings and light bulbs, the next generation of Carver kids will likely share today’s leaders’ optimism that they’re on the right road, celebrating jubilee events through September and heading toward the next big milestone — Carver’s 100th year in 2044.