Our family took a beach vacation in early August, the week before our son began high school. We bookended the trip with weddings; our final destination was Belmont, North Carolina, for my niece’s nuptials.

For quite a few years we visited Litchfield Beach at Pawleys Island. Realizing that South Carolina’s Grand Strand beaches would be our best bet before the wedding near Charlotte, we booked a beachfront villa at a property we were familiar with — the completely throwback resort, The Oceanfront Litchfield Inn. While only a 25-minute drive from Myrtle Beach, Pawleys Island is worlds away.

Pawleys Island is bordered by the Atlantic Ocean and a marsh, where my kids grew up catching crabs. Rich in history and local folklore, tiny Pawleys Island is described by locals as “arrogantly shabby.”  Summer rentals range from simple cottages to plush, multi-level homes with spectacular views. The Oceanfront Litchfield Inn is the only commercial resort in the area. The property’s two towers are just seven stories; our villa room stepped right out to the dunes; the pool and beach bar and grill were just steps outside our screened porch.

We were surprised when we walked out and were greeted by a face behind the book, “Mob Murder of America’s Greatest Gambler” (written by retired Evansville Police detective Steve Bagbey and retired newspaper writer Herb Marynell). The reader was local banker Dave Keller, vacationing with his wife Janet and their son Scott.  They discovered Pawleys Island with Janet’s sister and brother-in-law, Susan and Tom Rearick of Bloomington, Indiana. 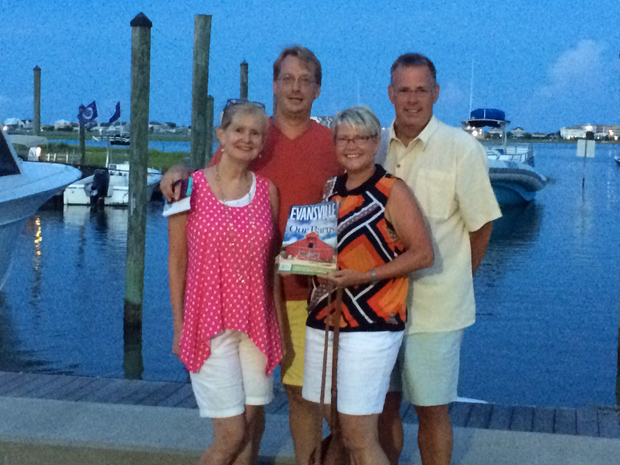 Outdoor family activities abound near Pawleys Island.  Just a short drive or a four-mile bike ride is Huntington Beach State Park where you can tour South Carolina landmarks such as Atalay, the Moorish-style concrete winter home of Archer and Anny Hyatt Huntington —a philanthropist and sculptor, respectively — who left the park and the nearby sculpture garden, Brookgreen Gardens, as their legacy. 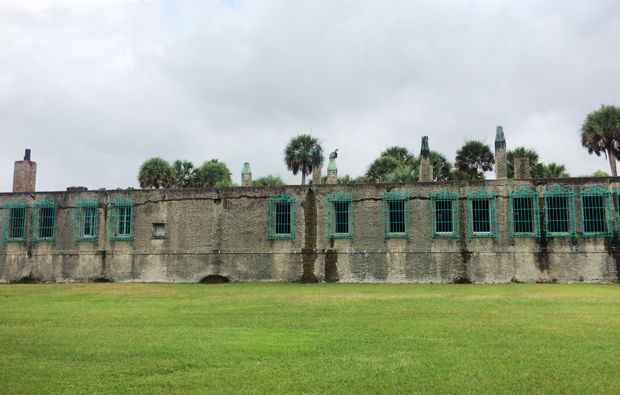 The chance you’ll see an alligator up close and personal while walking the boardwalks in the park is just about 100 percent. But don’t let that stop you from visiting Pawleys Island where life’s pace truly is a bit slower. 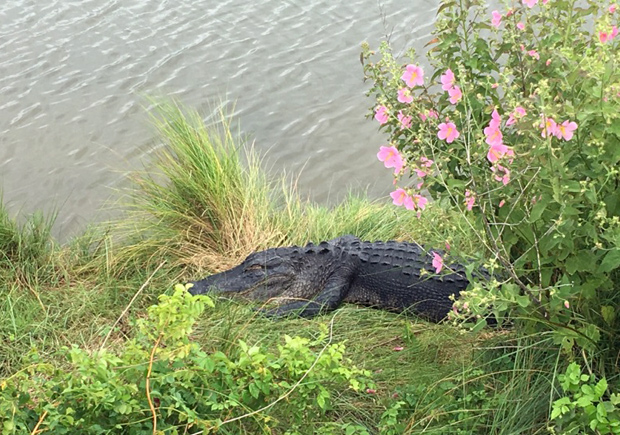