My oldest son Maxwell considered and toured many universities before enrolling at Butler University, Indianapolis. High on his list was University of Evansville, a little more than a mile from our home. Founded in 1854 as Moores Hill College and affiliated with the United Methodist Church, UE has about 2,500 students on its 75-acre campus on Evansville’s East Side. The university is known for its Sesquicentennial Oval, the ceremonial entrance to campus, on Lincoln Avenue. Its administration hall was named to the National Register of Historic Places in 1983.

More than 80 percent of UE students study abroad, many at Harlaxton (pictured above), the university’s satellite campus 90 miles north of London in Lincolnshire, England, and a few miles away from the town of Grantham, England.

In considering UE, Maxwell participated in the Changemaker Challenge, where he and two other Reitz Memorial High School students competed for the annual award, a full tuition scholarship! Their project — a city bike share program — didn’t win but two of the three members of Max’s team enrolled at UE. The experience was fantastic. It’s this sort of innovation the university is now known for. 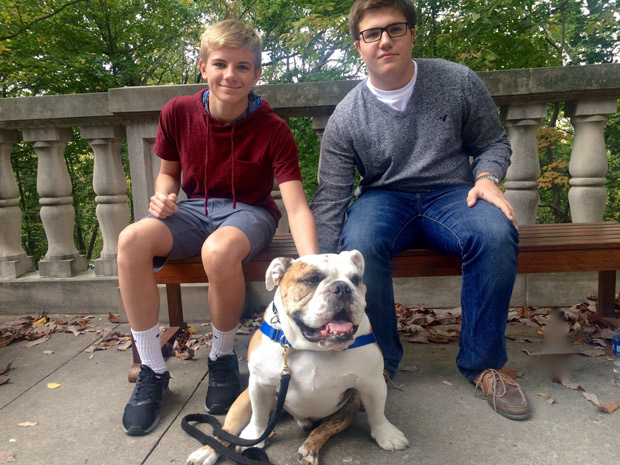 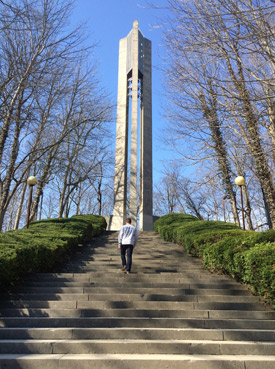 Founded in 1855, Butler University comprises a 295-acre campus on the Monon Trail in Indianapolis, near the popular Broad Ripple Village and five miles from downtown. Butler is home to Hinkle Fieldhouse (Indiana’s “Basketball Cathedral”). Built in 1928, it’s the sixth-oldest basketball arena still in use. It’s where the Butler Bulldogs play, and where Butler Blue III — the English bulldog mascot whose real name is Trip — romps across the hardwood.

Butler is home to the state’s largest telescope, housed in the Holcomb Observatory and Planetarium. A carillon bell tower in Holcomb Gardens rests on the highest elevation on campus and consists of three Indiana limestone pillars some 130-feet-high; it is regularly played.

Butler will welcome its largest-ever freshman class this year, 1,200 students. The undergraduate student body is about 4,034 students. Maxwell will attend Butler’s Andre B. Lacy School of Business this fall and intends to explore its motorsports engineering program (partnered with IUPUI), as well.