By Nov. 3, 1917, the U.S. was just shy of its seventh full month of involvement in the First World War. James Bethel Gresham, a 24-year-old Army corporal from Evansville, was assigned to the Artois trench in northern France with soldiers of the American Expeditionary.

Just before daylight on that day, Imperial German artillery began to bombard the small faction of U.S. and French soldiers encamped in the trench. When the assault ended shortly after, the first three Americans to die in World War I lay in the trench, including Gresham, who also was the first Hoosier serviceman killed in action.

To memorialize his sacrifice and honor his service, the City of Evansville built a home in 1918 at 2 Wedeking Street — near Garvin Park — and presented it to Gresham’s mother Alice Dodd. 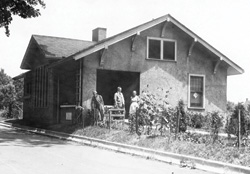 As the 100th anniversary of Gresham’s death approaches, the memorial home is finding a new purpose. With help and funds from The Home Depot, Old National Bank, First Security Bank, and others, ECHO Housing Corporation is working to restore the house for use as a base for its Homeless Veterans Reintegration Program (HVRP), which is funded by a grant from the Department of Labor.

“What we want to do with this grant is identify homeless veterans who need a little assistance being connected to employment,” explains Chris Metz, assistant director of ECHO. “We’re really trying to be that bridge for the veteran, who has returned from service and was unable to fully integrate into society, and get them back on track.”

Metz says over the next four years, the group plans to place a minimum of 240 veterans into permanent housing and employment with their services. ECHO Executive Director Stephanie TenBarge says the significance in having the HVRP program in the James Bethel Gresham home lies in the camaraderie among veterans.

“To have a program in a house that was built to honor someone who was a casualty — it’s hard to explain, but it brings a depth to it,” she says. “The veterans will want to take care of it, they will want to honor it, and they will be proud of it. It’s just a good fit.” 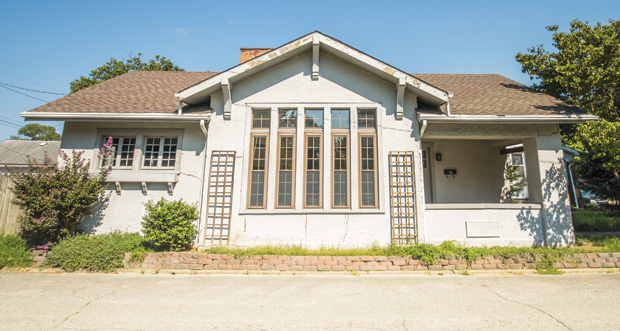 ▲ WHERE THE HEART IS The home of Alice Dodd, mother of U.S. solider James Bethel Gresham who was killed in World War I, has stood vacant for many years. Now, it will find new life as a transitional house for homeless veterans. ECHO Housing Assistant Director Chris Metz and Executive Director Stephanie TenBarge, above, are working to renovate the home with the help of local donors. They hope to help at least 240 veterans find permanent employment and housing through the Homeless Veterans Reintegration Program, which also will be housed in the Gresham home.