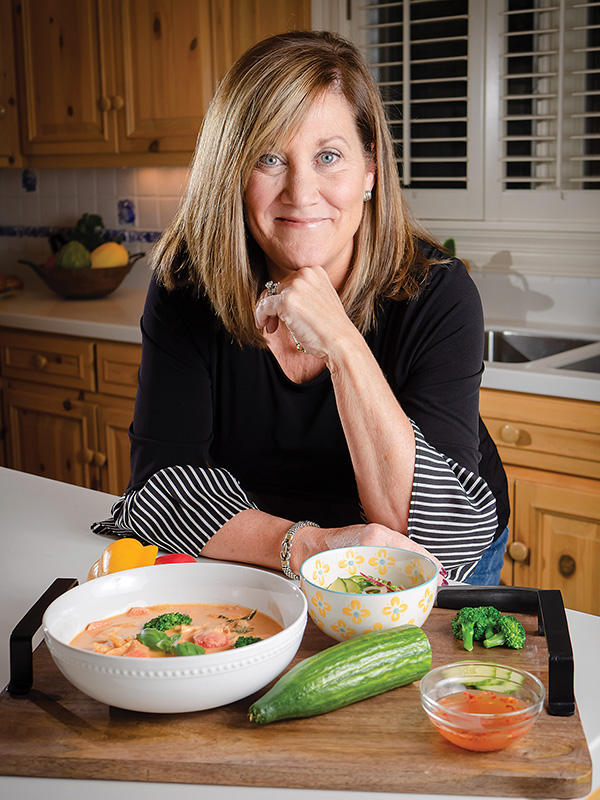 Jami Richardson was a pro at bringing enticing foods to tailgate parties.

During her two daughters’ college years, Richardson would impress the girls’ friends with appetizers and spreads of food.

“That is one of my favorite things to do,” says Richardson. “Their friends would constantly ask me to share recipes.”

The requests led her to an idea — a cookbook filled with not only various recipes she had tried over the years, but also instructions on cooking terms, substitutions, food storage, portion sizes, and more.

Titled “Cooking After College,” the book is stocked with more than 200 recipes and was gifted to her daughters Leigh and Meg and their friends upon their graduations from college three years ago.

A lifelong cook, being in a kitchen is second nature for Richardson. She recalls making homemade noodles with her grandmother and grew up sharing experiences with her parents. She also has a love for cookbooks.

“I collect cookbooks and read them like novels basically,” she says.

While her book started as a gift for her daughters, Richardson has received so much positive feedback she hopes to have it published and offered to all.

“I would just hope it would be a book people would go to and have on their shelves,” she says.