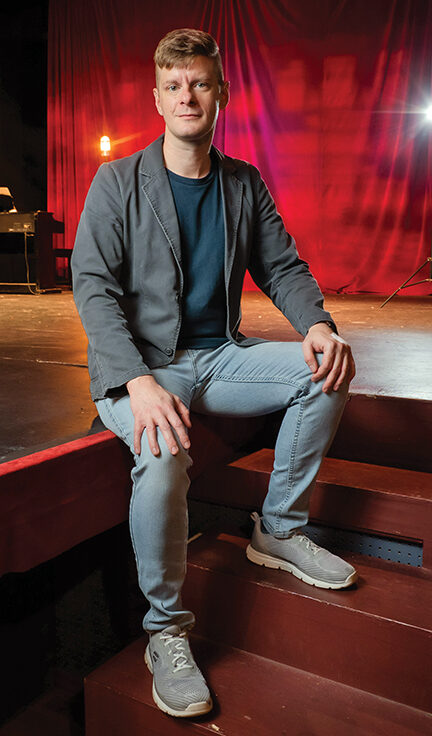 The Evansville Civic Theatre will take its final bow at the old Columbia Theater this season, moving on from the venue it has called home for 48 years.

Managing Artistic Director Kevin Roach says the troupe will host shows at the Soldiers and Sailors Memorial Coliseum at 300 Court St. when an estimated $35 million renovation is completed on the facility in the coming years.

In the meantime, the Civic Theatre is working with the Evansville Vanderburgh School Corporation to temporarily hold performances inside Benjamin Bosse High School’s auditorium. The collaboration includes acting, directing, stage production, and other educational workshops that ECT will host for students. 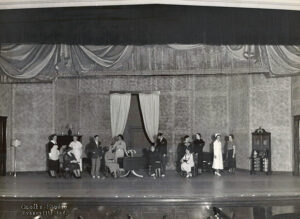 Built in 1910, the old Columbia Theater at the corner of East Columbia Street and North Fulton Avenue first was a movie theater and then a beer garden before hosting live performances.

The Civic Theatre’s future venue will be a homecoming of sorts. The Coliseum was the site of some of the group’s earliest performances in the 1920s and ‘30s when it was known as the Community Players.

Maintaining the 222-seat Columbia Theater has been costly. The ECT fell well short of a $150,000-minimum fundraiser launched at the start of the COVID-19 pandemic, which Roach says was the bare minimum to keep the venue safe and functional with updated plumbing, rewiring, and a new HVAC system.

“We have loved being here, and it is going to be extremely sad leaving it, even for me,” Roach says. “But the building has just become more expensive to maintain every year.”

The troupe’s final season in its current location opened Aug. 26 with a staging of “Tick, Tick … Boom!” ECT will present “Fairview,” a fourth wall-breaking interactive drama that confronts modern-day racism, in late October. In December, the Civic Theatre will break from its traditional Christmas play with a performance of the critically acclaimed comedic drama “Steel Magnolias” before previewing its temporary new home at Bosse High School with “She Kills Monsters” in January as part of the theater’s annual Next Wave production.

“Fahrenheit 451,” a play based on the classic literature novel, will open March 31. The season will close with a small cast version of “Big Fish,” based on the Daniel Wallace novel and Tim Burton film. 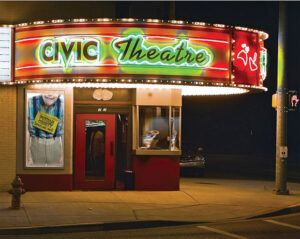 Auditions for each show open during the previous show. Season tickets and more show information is available on the organization’s website.

“The building changes, but as long as I have anything to say, as long as our board has anything to say about it, this organization isn’t going anywhere anytime soon,” Roach says. “We want a legacy, not a building.”

Managing artistic director Kevin Roach says he sees the Civic Theatre’s return to the Soldiers and Sailors Memorial Coliseum as a “homecoming” for the organization. The troupe hosted some of its earliest performances at the venue nearly 100 years ago.

The Show Goes On