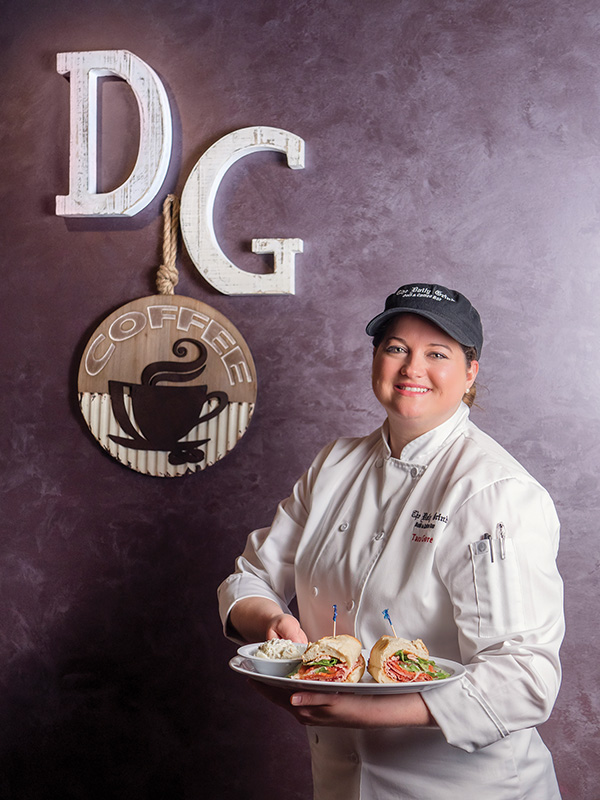 Tara Gore already had her hands full making baked goods, sausage gravy, and more recipes from scratch, but it wasn’t enough for the owner of The Daily Grind.

“It could make anyone who is non-vegan fall in love with it,” she says. “Pesto usually is made with Parmesan, so you can’t really buy a pesto that’s vegan. I thought, ‘Well, I’m just going to have to make that myself.’”

Since opening in December 2017, The Daily Grind has made a name for itself not only for the vegan options, but also with its quality, fresh ingredients. Whether it is the made-from-scratch pesto or the house-made hollandaise spread on the Breakfast Club, Gore strives to make every component of each dish perfect.

“People come in and they say, ‘I’ve tried every single sandwich, and it’s so delicious,’” says Gore. “Everything is premium — premium breads, meats, and cheeses. I wouldn’t have anything on my menu that isn’t delicious.”

For more information about The Daily Grind, call 812-401-2040 or visit thedailygrind.us.