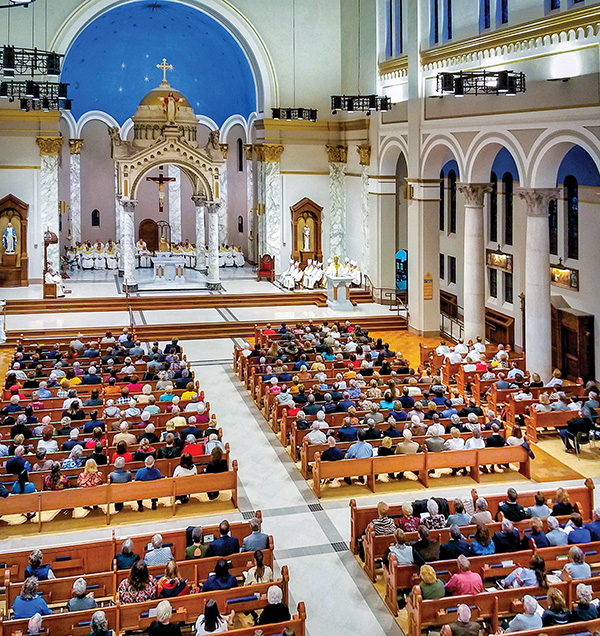 It was Dec. 19, 1944, when Pope Pius XII created the Diocese of Evansville, dedicating an area made up of 12 counties in southwestern Indiana under its guidance. In 2020, the parishioners of the diocese are celebrating this moment during the diocese’s 75th anniversary.

Bishop Joseph M. Siegel, who serves as bishop of the diocese, says parishes, schools, and organizations have been encouraged to do service projects linked to the number 75.

“The responses thus far have been very creative,” he says. “For example, volunteers from St. Mary Parish in Ireland and members of the Ireland St. Anne Sewing Group made 75 lap blankets to give to disabled veterans in the area.”

There have been food drives, hours of volunteer work, wreaths donated in December as part of Wreaths Across America, and more. On April 25, Julianne Stanz, a nationally known speaker on evangelization, will speak to clergy and parish leaders, while a jubilee gala is planned for later this year. 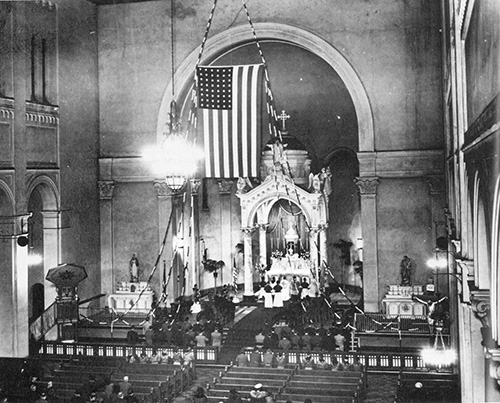 Bishop Siegel also has designated four churches as pilgrimages during the year. Parishioners can travel for Mass and prayer to receive special graces and blessings during the year at The Minor Basilica of St. Francis Xavier in Vincennes, Indiana; St. Joseph in Jasper, Indiana; St. James in Haubstadt, Indiana; and St. Benedict Cathedral in Evansville.

The diocese also is celebrating by showcasing recent renovations to St. Benedict Cathedral, built in 1927. Dedicated in November 2019, the renovated cathedral includes many improvements. New pews were placed, flooring and the ceiling updated, the church’s original electrical work replaced, and much more was done. A statue of Jesus at the top of the church’s Baldacchino and crucifix above the altar also were restored thanks to Daniel Payne, a Central High School senior and Eagle Scout, who raised funds for the work.

“Ultimately what makes the Diocese of Evansville special are the faith-filled religious and laity who make up this local church,” says Siegel. “Catholic charities, parishes, and organizations serve the needy throughout southwest Indiana.”