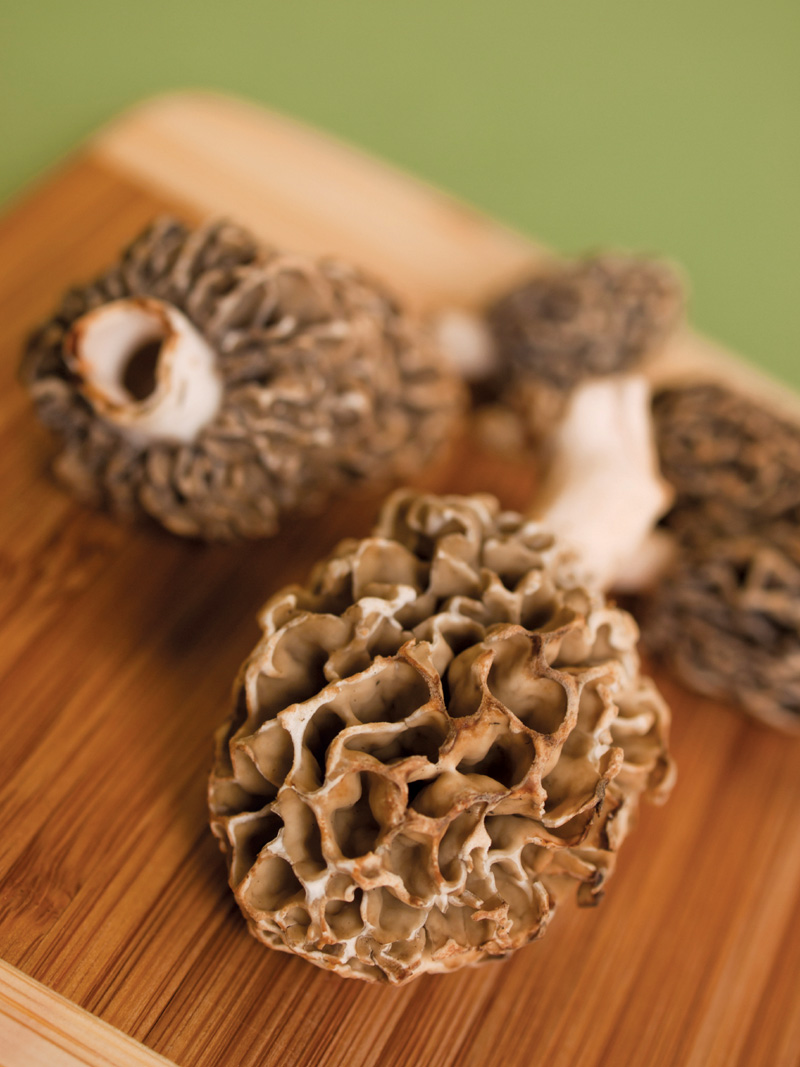 To many outdoor mavens in the area, spring has sprung when the first reports of morel finds begin coming in from around the Midwest. Here in Southern Indiana, this annual renewal comes in April, and it’s the signal for mushroom foragers to head for the woods.

If it’s your first time, try to hunt for morels with an experienced mushroom hunter. These earthly delights can cost as much as $35 per pound, largely because they are difficult to find. Some mushrooms can even be poisonous. Knowing where to look and what to look for are key to finding real morels.

During spring, when the nights get warmer and the rains begin to fall, black morels will start to appear. Black morels, or Morchella elata, can be identified by their dark, flat ridges, and dark pits. These morels can be found under a variety of trees but seem to be associated with ash and poplar trees. Because of their many uses in recipes by premier restaurants, they are one of the few mushrooms hunted commercially.

The yellow morel, or Morchella esculenta, often appears in late April and into mid-May. The golden-yellow mushrooms have light-colored ridges and pits. These morels are more abundant with ash trees, dying elm trees, and old apple orchards. The gray morel, while slightly darker in color, with its dark pits and light ridges, has been determined to be genetically identical to the yellow morel.

Occasionally called Morchella deliciosa, the Deliciosa morels are much smaller in size. Their pits are often arranged vertically and are much more defined. The Deliciosa morel consists of a creamy- to golden-yellow color, which can make it difficult to distinguish from the yellow morel. This particular morel can be found throughout the whole morel season.

Watch out for these particular morels while hunting this spring. False morels have wrinkled, irregular caps and can vary in color from black, gray, white, brown, or red. There are three main ways to distinguish false morels. The top surface has lobes, folds, or wrinkles — not pits and ridges. The bottom edges of true morels attach to the stem directly and do not drape down around the stem like false morels. When sliced down the middle, false morels contain a white, cottony substance.

One of the simplest, most widely-used ways to make morels is by frying them. Enjoy!

In a large bowl, roll the morels in the beaten eggs. Make sure they’re fully covered. In a separate bowl, mix together the breadcrumbs, salt, and pepper. Dip the egg-covered morels in the breadcrumbs, making sure all surfaces of the mushrooms are covered with the crumbs. Melt the butter in a large skillet on medium-high heat. Fry the morels until they are brown and crispy on all sides. It’s best to do this in small batches, rather than overcrowding your skillet.