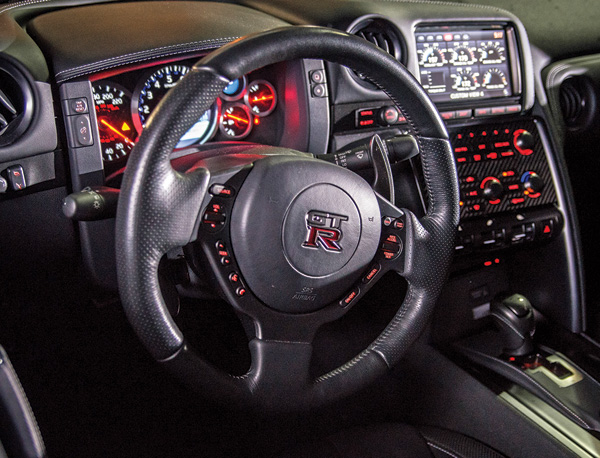 Simply put, the Nissan GT-R sports car is a beast. It may not turn as many heads as a Chevy Corvette or Dodge Challenger with its looks, says Kale Viehe, owner of InterPro Barbers in Downtown Evansville, but the performance of the GT-R speaks for itself.

“I’m a techie guy, so I love the technology that goes behind the GT-R,” he says. “People always are putting this car on the chopping block because of the technology behind it. Honestly, if they’ve never had the chance to open it up, they won’t realize it really does have a soul.”

Viehe purchased his white 2015 GT-R for his birthday in 2014 after searching for a vehicle boasting all-wheel drive.

“I didn’t like the looks of anything. Then all of a sudden I stumbled on the GT-R and thought, ‘Whoa, that thing is pretty,’” he says.

In 1989, Australian car publication “Wheels” dubbed the Nissan Skyline GT-R (the first incarnation of the GT-R) as “Godzilla” for its power and racing speed. It was a name that stuck. In Japan, GT-Rs are referred to as “obakemono” — the monster. The 2015 GT-R has clocked zero to 62 mph in just 2.7 seconds, ranking faster than the 2015 Porsche 911Turbo S (3.1 seconds) in a review by Car Magazine UK. It boasts 545 horsepower under the hood, though that number could be higher as each engine is handmade.

“Nissan put every single bit of knowledge they had in making this car fast. There are so many little things they’ve done to maximize that,” says Viehe.

It’s the little things of the car that not only make it a joy to own for him, but also to drive. From the car’s ability to handle all types of weather to the sound the engine makes when downshifting while accelerating, there’s not much that doesn’t make Viehe smile.

“Basically, I can mark a whole list of things I enjoy about the car. And I keep finding new things. I know if everybody had one, our speed limits would be different,” he laughs. 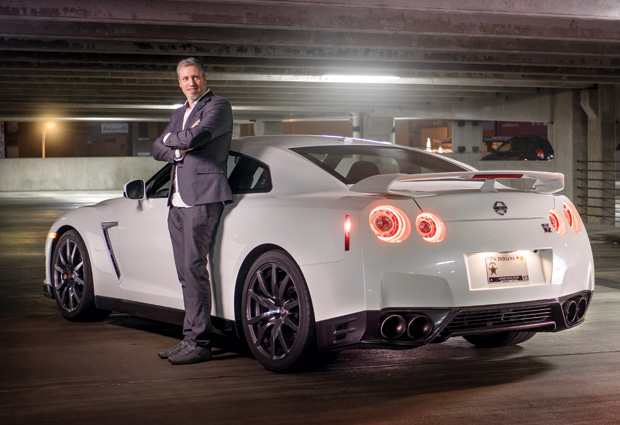