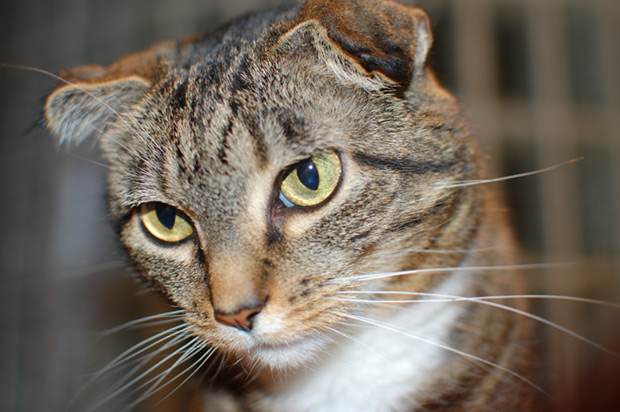 Our cat Lucky died last week. I had written about her and our other pets in the Editor’s Letter of Evansville Living this spring. We had no idea she would become ill, of course.

In August we became alarmed at how thin Lucky was; we realized she had lost quite a bit of weight and had an unusual posture. Our longtime vet Dr. Dan Grimm confirmed what we were afraid of: Lucky had a mass in her abdominal area and it was likely cancer. Dr. Grimm gave her a shot of cortisone to make her more comfortable and improve her appetite and we took her home to shower her with affection over the coming days.

A month later, last week, we were back in Dr. Grimm’s office and this time the sweet nearly 14-year-old cat that behaved like a kitten did not come home with us.

We chose Lucky from the Vanderburgh Humane Society. On her first evening home with us she enjoyed a bit of salmon, hence her name; we thought she was pretty lucky to be treated to salmon when she joined our household. She was an active, darling cat who was super friendly from the start. 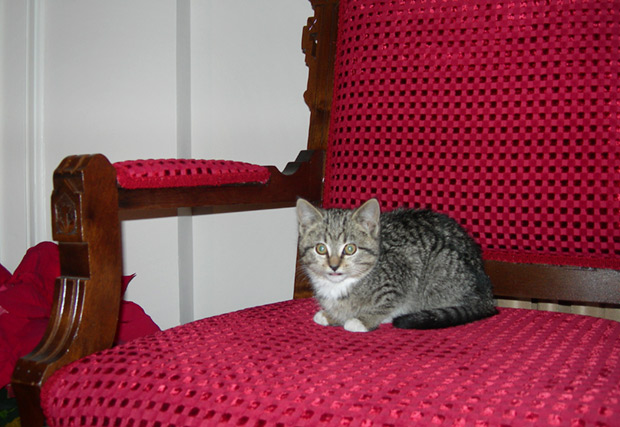 When she was about one, our youngest son Jackson (who was about 5 at the time) came into the kitchen holding Lucky, exclaiming she had a “golf ball coming out of her ear.” Yes, poor Lucky; her ear canal was swollen and protruding and did look like a golf ball. Surgery was required to treat it. Just 6 months later the scene repeated, identically, with the other ear requiring surgery, too. As a result of the surgery on both of her ears, Lucky’s perky ears were permanently disfigured, giving her an exotic look somewhat like a Scottish Fold breed.

Anyone who visited our home in the past 14 years knew Lucky. More than a few tears have been shed for her — one awesome cat. 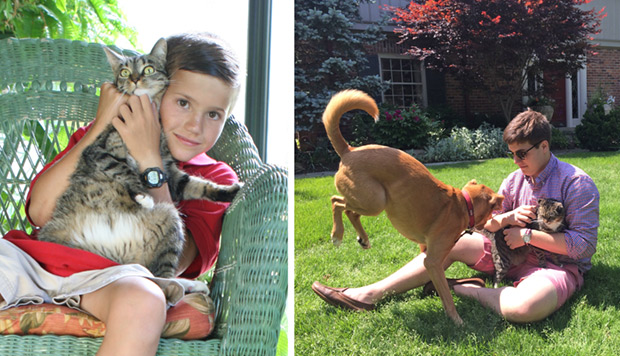 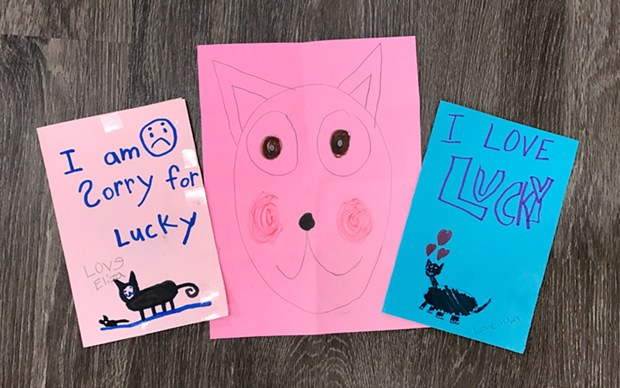