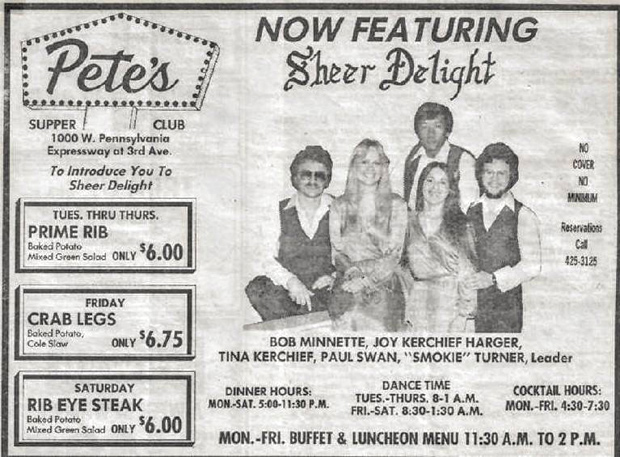 Nostalgia plays big in Evansville. Two Facebook pages — “I Grew Up in Evansville” and “You Grew Up in Evansville, IN If” — together have nearly 45,000 followers. On any given day topics range from reminiscing about the Mesker Park Carousel to bygone dining establishments, where Pete’s Supper Club is fondly remembered.

Until Indiana Gov. Robert D. Orr drove the bulldozer that knocked down the establishment and others blocking the way of the eventual Lloyd Expressway in the spring of 1983, Pete’s was among Evansville’s top dining destinations. Here, in an extended blog post, I will share Facebook comments about the legendary supper club, posted to the Evansville Facebook pages I mentioned.

Pete Mosby was my uncle. He used to have Boots Randolph at the Supper Club. I remember taking my date from Central’s Turn-a-bout at age 16 and Uncle Pete taking us in the kitchen and showing us the live lobsters. He served us all Shirley Temples. We thought we were big time. Uncle Pete was bigger than life in my book (and louder). Oh, the stories I could tell! — Brenda Robbins Glenn

Went there with my date on prom night in 1976. — Pam Lindsey-Parish

Big date night back in the 1970s: dinner at Pete’s then down the street to a play/musical at Evansville Civic Theater. — David Osterman

I guess this was the last of the supper clubs. Going out to dinner used to be an all-evening event with cocktails before dinner and dancing afterwards. Good times. — MaryAnn Jines

Men had to wear a sport coat or suit jacket — they would lend you one if needed. My friend did not want to wear one and we talked him into wearing one and he found $40 in the coat pocket. He picked up the bill. — Ron Collins

Loved it too. Remember Pete ranting and hollering if the band was late from break. — Johnnye Rohner

He was always ranting but he ran one of the finest restaurants in the country. — William Kleitz

It was a super classy dinner club with live music and dancing. My parents would actually take my brother and me; we would get to see them dancing and we had Shirley Temples. My brother would have Lobster Thermidor; I would have filet mignon. That was when I was about eight. Then as a teen we went there for prom and a few other special celebrations. We need another romantic Pete’s Supper Club. — Shari Short

Pete’s Supper Club — where single women always felt comfortable because Pete looked after you. And drinks, I believe, were two for $1. — Ruth Wagoner 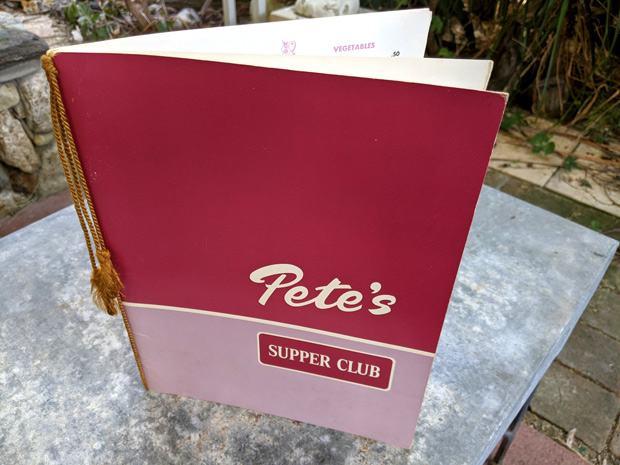 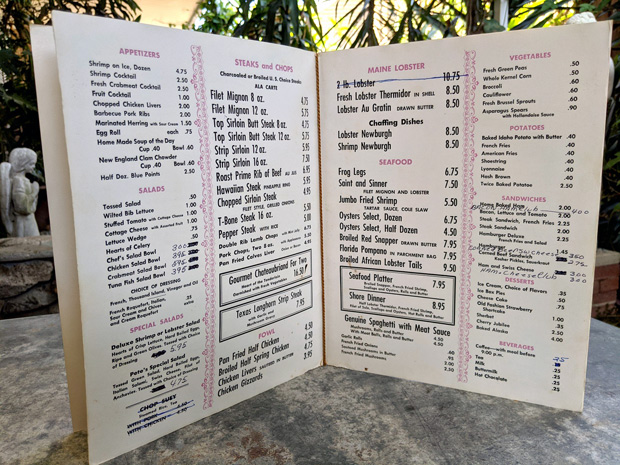